New contractor is being sought for major Naas school

Contractor company says it is in a dispute over payment 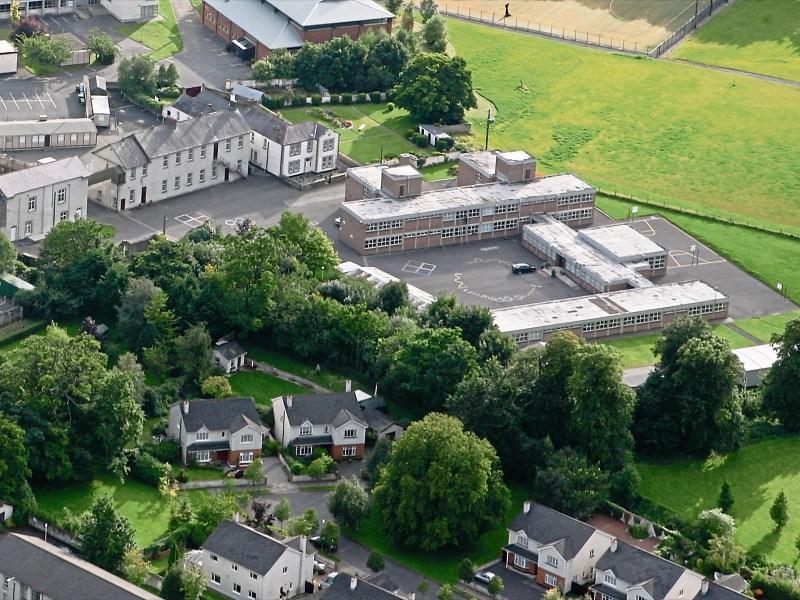 An aerial view of the Naas school

A new contractor is being sought for a major school project in Naas.

Work on the extension at the 600 pupil Mercy Convent Primary School at Sallins Road — effectively a new school — began some three years ago after planning permission was given in January 2014. It was estimated that the construction work would take two years to complete.

The plan included the demolition of the existing school, built in 1974, and the removal of all existing temporary buildings.

The application also sought an access road across the playing fields of the neighbouring St. Mary’s College to facilitate the construction of a temporary two storey, 22 classroom school on the primary school playing pitch.

The finished school will be a three storey, 32 classroom primary facility with a 50 space car park, three ball courts and two junior play areas. But parents were told that the project is in “serious delay” and was supposed to have been completed in March 2019.

Tony O’Sullivan, chairman of the school’s board of management, said in the letter that there had been “a number of disputes” relating to the works and a dispute resolution process had taken place.

He said legal advice has been sought as well as advice from the Department of Education before deciding to embark on the search for a new contractor.

“While this will mean a further period of delay, in all the circumstances it is considered the best way of achieving successful completion of the new school building as quickly as possible,” the letter concluded.

Mr O’Sullivan said that while the job was to have been completed a year ago, it has not been possible to get a fishing date and the existing arrangement had to be terminated.

“We are seeking a new builder to get the school completed in the shortest possible time. It’s unfortunate, but it’s not the end of the world, there have been many other examples where a new building finished a project.”

Mr O’Sullivan stressed that the work that has taken place is sound.

“This is the third anniversary of the start of work and there is no roof, no doors or windows. The resourcing of a project is up to the builder and this hasn’t been managed in the way it had been hoped.”

Contractor PJ McLoughlin said the company is now in dispute over payment and “we are currently in a dispute resolution process to try and resolve outstanding issues to secure amounts due”.

The company said it is committed to completing the works in a timely fashion, however it must be paid for works completed to date. The site is closed due to Covid-19.