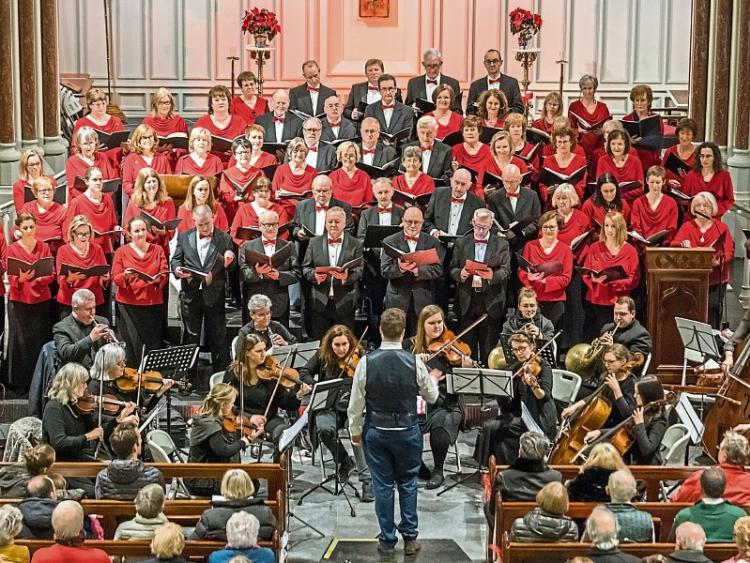 Some of the group

Since the beginning of the shutdown, the Nás na Rí Singers have had to forego their regular Thursday night rehearsals but despite this, they have been continuing to get together (while staying apart) via Zoom meetings, to chat, sing and plan for the future!

Always supportive of the community, the choir has raised thousands of euros in aid of local and national causes over the years and this year will be no different. Choir members from Naas and beyond have recorded an online special edition video of “Homeward Bound” (by Martha Keen) featuring the singers, along with conductor Nathan Barrett and accompanist Judith Gannon, in aid of staff at Naas Hospital.

Choir Musical Director, Nathan Barrett commented “This is just perfect for the climate we are in…..I’m incredibly proud of the Nás na Rí Singers…”

The video which was produced by choir member John O’ Neill, uses the same technology recently seen on the Late Late Show for the recording of “Ireland’s Call”. But uniquely, the Nás na Rí recording also shows footage of Punchestown, and scenes from Naas and surrounds, including Naas Hospital and a novel version of the well-known landmark, Naas Ball.

The moving video can be viewed on the choir Website, YouTube and Facebook and it is hoped that it will be shared far and wide across social media, as a tribute to the frontline workers in Naas and to raise money for them through the GoFundMe website.

The committee is working with “Friends of Naas Hospital” to raise funds for the medical staff in Naas, for whatever it is they need at this time, to show our appreciation and thanks for all their hard work and service to the community.  https://www.youtube.com/watch?v=TupR1hjgg0w

Woman (20s) taken to hospital and then arrested after Kilcullen crash

Gardaí at the scene of the Special Day of Enforcement / Photo: Kildare Garda Division

Towed Away: Six L-drivers have cars seized at checkpoint between Naas and Newbridge

WARNING: Popular chicken goujons recalled due to an undeclared ingredient

Need a new series to binge on? Full Netflix list for November