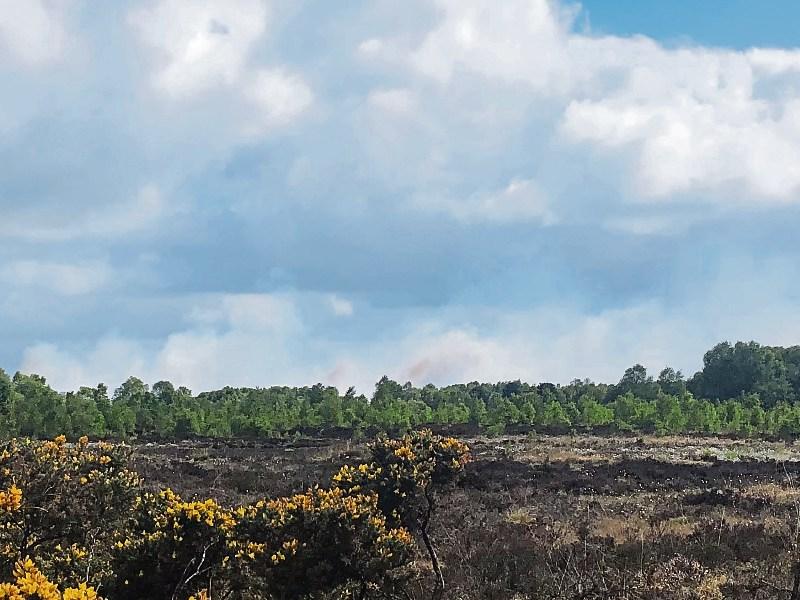 Smoke is visible on the horizon

A fire which broke out on bogland near Allenwood, County Kildare,  on Friday evening is still smouldering.

Three fire vehicles, including two fire tenders,  went to the scene of the initial outbreak on the Allenwood to Derrinturn route in west Kildare.

Smoke can be seen from some distance away in an area near the Bord na Mona operated landfill at Drehid.– however it’s understood that the landfill is unaffected by the blaze,

On Friday, a fire  took hold in scrubland nearby and was attended by firefighters from the Edenderry, County Offaly station and stations in Newbridge and Naas. Bord na Mona staff also responded to the incident and later on an Air Corps helicopter also visited the scene of that outbreak.

The Air Corps conducted 44 water drops in the area on Friday after receiving a request for aerial firefighting.