Galway Cycle is put off until next year 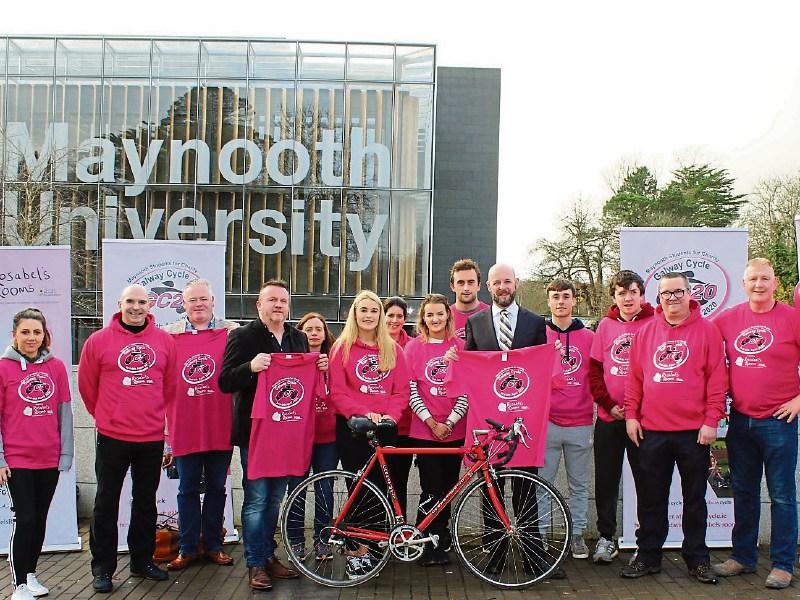 Some of those who participate including Prof Philip Nolan

The Galway Cycle charity fundraiser, run by students from Maynooth University, is the latest event to fall victim to Covid-19 restrictions.

Maynooth Students for Charity had initially postponed the marathon cycle which was due to take place over the weekend of April 4, 5 and 6, but due to ongoing restrictions which are unlikely to completely ease in the short to medium term, the decision was made to push it back to 2021. Aisling McGovern announced the decision on Friday, and added that the chosen charity for

2020, Rosabel’s Rooms, would be carried forward for 2021. “Due to the current pandemic and restrictions we've decided to cancel this year's Galway Cycle,” she explained.

“Safety has always been the number one priority of the event, and we feel like it's the right decision. It has by no means been an easy .”

Rosabel’s Rooms was established by Galway parents Suzanne McClean and Gary Monroe in memory of their daughter Rosabel Monroe who died suddenly and unexpectedly in April 2017, aged 16 months.

The charity provides practical support to grieving parents as well as funding the development of bereavement suites in hospitals around Ireland. This is the first time in its 33 year history that the iconic Galway Cycle has been cancelled. The event began in 1987 as a fundraiser for the ISPCC, with only eight students from Maynooth University cycling to and from Galway. A lot has changed since then with hundreds of participants making the 400km round trip to raise up to €150,000 annually for a variety of different charities.

The event has raised in excess of €1.8 million for a variety of charities.

“I know this decision is disappointing, but we promise that next year’s event is going to be bigger and better than ever,” Ms McGovern said.