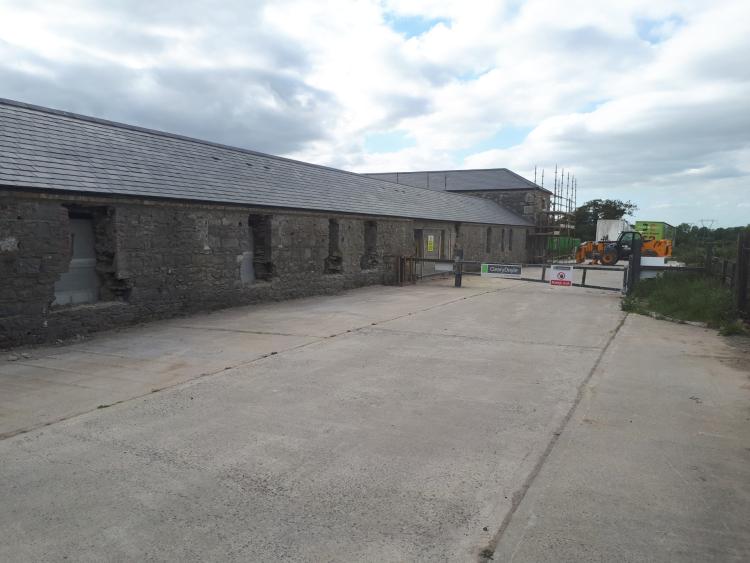 The site under construction at Jigginstown, Naas

The apartment development being constructed outside Naas for homeless young adults will likely be completed in less than a year. Jigginstown House, as it is known, is located near the Bundle of Sticks roundabout.

According to John Cradock, a civil engineer and managing director of a Kilcullen-based construction firm, some time has been lost because of the need for structural supports in the main house and the coronavirus. Nevertheless, he said the work is proceeding well in the circumstances and the builder got a lot of work done last December, despite the weather conditions.

The project will need some additional funding.

“We have been very well supported by the community already but we will need another €250,000 approximately,'' said Mr Cradock. Kildare County Council approved the project which proposes to refurbish an existing dwelling and stables into a training facility with ancillary accommodation which will include an office, meeting rooms, training facilities, staff accommodation and games room with a single storey extension off the existing dwelling to incorporate kitchen/dining facilities.

The original application was modified to change the site entrance from the east side to the west side of the site as well as moving the location of the car park.

The application was made by Homeless Care, a charity established in Naas in 2014 to provide care and facilities for young adults primarily in the age bracket of 18-25 years (though in some instances the clients may be older than 25).

It was set up by Naas business people including former ESB chief Padraig McManus, former FBD branch manager Tim O'Connell and Gerry Prendergast, who was associated with the Millennium Park development, and Mr Cradock.