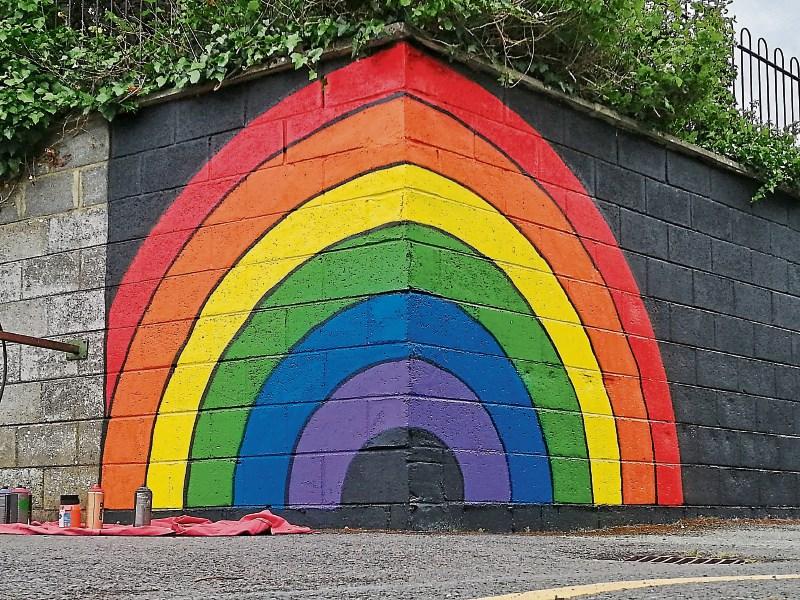 An LGBT mural, which was defaced last month, has been restored to its former glory.

A group of past students from the Patrician Secondary School in Newbridge repainted the rainbow image after a call for help went out from art teacher Kieran Behan to recreate it.

The ex-pupils have just completed their first year at university.

“We worked being mindful of Covid-19 and the time available to the lads who have summer jobs. The work went quickly and the mural looks very well - even if we say so ourselves,” he added.

The mural, depicting the colors of the gay pride flag, was daubed over with expletives painted in black.

The mural was originally created by students attending  the secondary school and it adorned a wall bordering the second level school and the Patrician Primary School.

It was created as part of an education project at the school.