The drink arrives in Naas ahead of lockdown easing

For some this is a welcome return to normality 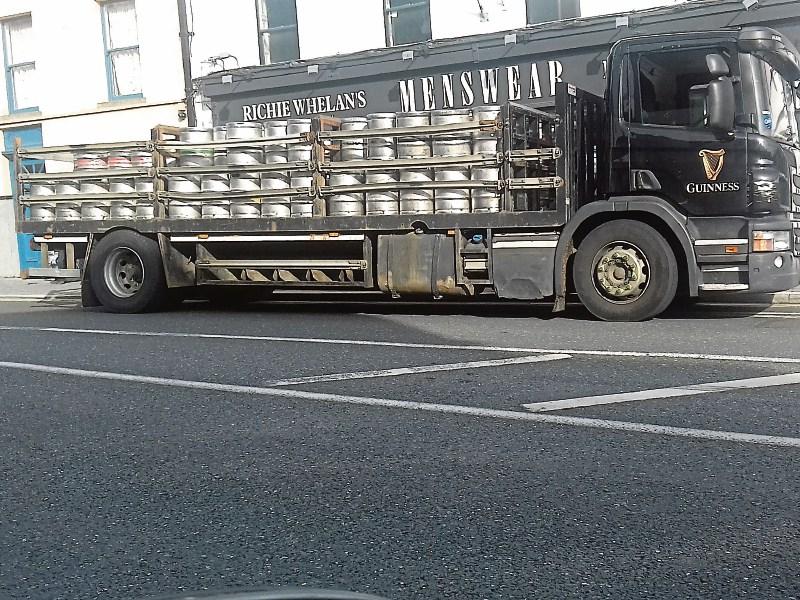 An sight unseen for a while at North Main Street, Naas, today

It was more of a case of the drink hitting Naas, than Naas hitting the drink.

The arrival of a beer delivery lorry in the town centre early this morning is a sign that the town’s publicans are readying themselves for a June 29 reopening - in the case of premises where food is served.

All pubs and bars can reopen three weeks later, on July 20.

It will be a significant event, as will the opening of so many other enterprises after the longest shutdown in the history of the State.

It would be inappropriate to come over all emotional at the sight of a lorry load of kegs of beer.

Yet some of you will have been close to despair at the news some weeks back that many more kegs had to be dumped - because the virus hastened the arrival of the best before date - before the rest of us could get at the contents.

Poems and short stories will be written about all that lovely drink sloshing down the drain.

And while those lorry drivers and helpers may not be lauded as key frontline workers, for some they’re a very welcome sight.