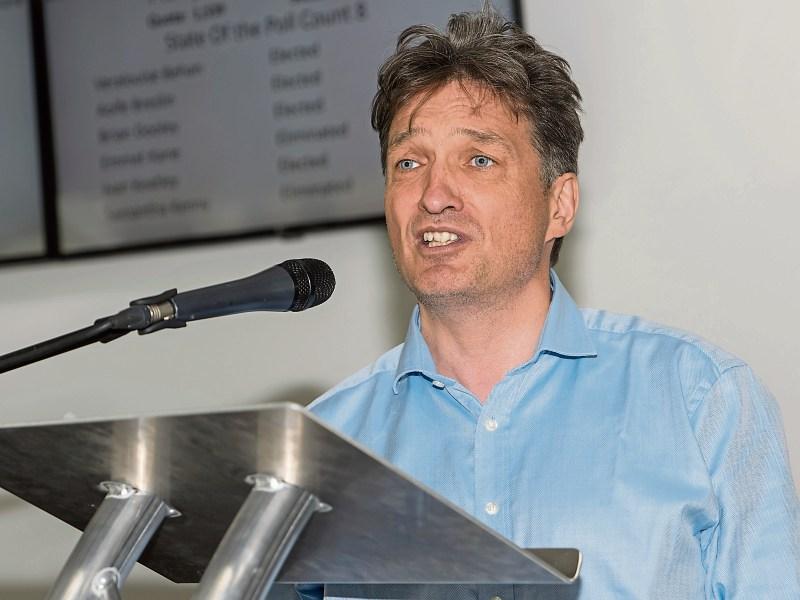 Vincent P Martin, the newly nominated member of Seanad Eireann, says that his nomination by the Green Party for one of the seats was based entirely on his electoral performance in the general election.

He strongly refuted any claims of favouritism made on social media because his sister is Catherine Martin, the deputy leader of the Green Party and the newly appointed Minister for Culture, Arts, Media, Tourism and Sport.

The criteria used by the GP when putting forward names as possible Senate nominees is the performance of candidates in the preceding general elections.

And these were the same criteria which applied when the GP put names forward as the government was formed following the election in 2007.

“If I had bombed out when the election results came in, I wouldn’t have been nominated,” said Sen Martin.

He added: “I will use the Seanad platform to promote what is best about County Kildare, including the equine industry and music. I will strive to represent everyone, including those who didn’t vote for me. This is a huge honour for the people of this area who voted for me and I will do my best for the area.”

Sen Martin got over 10% of the first preference votes in North Kildare in the general Election. This result was the seventh highest Green party first preference nationwide. He was the highest placed unsuccessful green candidate in that poll, a performance that would have earned him a Dáil seat in many other constituencies in the country.

A statement issued on his behalf by the GP said that “as well as giving national green representation to County Kildare that is strongly merit based on our local and general election results, it also gives our large membership well deserved recognition for its incredible, unified and ongoing efforts. Vincent P as a senior counsel will be available to advise the party on legal issues and legislation in particular.”

It also said he has a very broad experience base, has had numerous articles and opinion pieces published, and started an initiative which offered free legal support and advice to up to 20,000 people in total.

He also won a seat on Kildare County Council (Naas Municipal District) at the first attempt over a year ago.

That was a poll topping performance, which saw him elected on the fourth count some 300 votes ahead of his nearest rival.