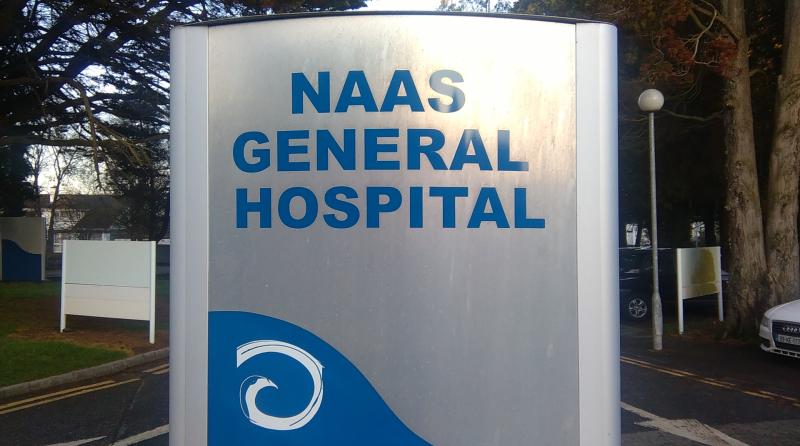 The HSE and local TDs have insisted that a long-awaited €17m extension to Naas General Hospital is still going ahead, despite concerns that major infrastructure projects could be delayed due to the economic downturn caused by the Covid-19 lockdown.

The project has been in the planning process for over six years. It was announced over eight months ago in October that the expansion was due to proceed to tender.

The Dublin Midland Hospital Group (DMHG), which includes Naas Hospital, told the Leader this week that this status hasn’t changed.

A spokeswoman said: “Naas General Hospital are awaiting approval to proceed to tender.”

The project — which includes an Endoscopy Unit, Day Ward and Physical Medicine Unit — will have an overall area of 2,934 square metres and sit on a site of nearly five hectares.

Planning permission was also granted by Kildare County Council in August last year for a Physical Therapy Unit and an Oncology Unit.

The Naas Hospital extension is part of the HSE’s Capital Plan which will invest over €2 billion in capital funding in the public health services between 2019 and 2021.

Fine Gael TD Martin Heydon, who was appointed last week as Minister of State at the Department of Agriculture, Food and the Marine with responsibility for Research and Development, Farm Safety and New Market Development, said he will be actively lobbying for the project to proceed.

He said: “The extension of Naas hospital is included in the HSE Capital Plan 2019-2021 and I am pushing for a date to start the tender process.”

Fianna Fáil TD James Lawless, who campaigned strongly for the facilities, said he will keep pressure on the Government to deliver on all local projects.

He said: “The overall plan is that the recovery will be Keynsian, ie. that we will spend our way out this time rather than austerity.

“That has been the planned approach so far at any rate.

“As the local TD, rest assured I will keep the pressure on the government to deliver on this and all other local projects.”

Figures released last week showed the government’s deficit had ballooned to €5.3bn due to the three-month shutdown of the economy spending on the public health response to the Covid-19 pandemic.

Minister for Finance Paschal Donohoe said the Government was on course to run a deficit of €23 to €30 billion this year, as outlined in the Stability Programme Update in April.

He said: “A deficit of this scale is extraordinary, but we should continue on to the next phase of our response to this crisis.”

The upgrade was originally approved by the local authority five years ago but work never began on the development.

The Council’s planners have now agreed to extend the duration of that planning permission.