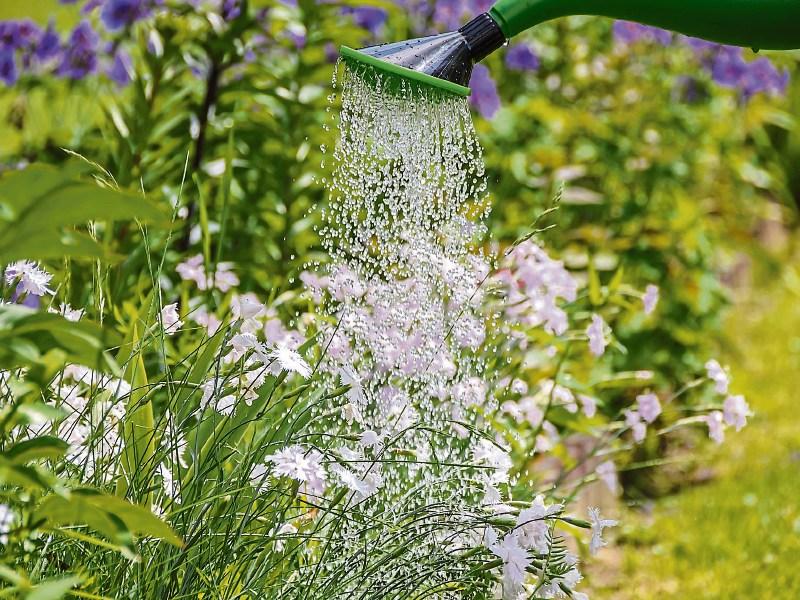 You mightn't need to water the flowers, but the weather will be mainly dry

If you're planning a staycation in County Kildare this weekend - it could turn out to be a wise decision.

There will be a little rain this afternoon before the  dry conditions return in the afternoon.

Met Eireann says it will be dry and bright in the east this morning, but a band of rain is moving eastwards across the country, heavy and possibly thundery in places, with a risk of spot flooding, but becoming more patchy when it arrives on the east coast this afternoon. Cooler, fresher conditions, with sunny spells and scattered showers, will follow from the west. Maximum temperatures 17 to 23 Celsius, in light to moderate southerly winds, later veering southwest.

Tonight, there will be further scattered showers, becoming confined mainly to Atlantic coasts and eastern coasts. Mainly dry conditions developing elsewhere, with clear intervals. Cooler and less humid than recent nights with lowest temperatures of 9 to 12 degrees, in light to moderate westerly breezes.

Saturday will be quite cool, with a mix of sunny spells and scattered showers. The showers will be mainly in Atlantic coastal areas in the early morning, but will become widespread during the day, some heavy. Later in the afternoon and evening, showers will merge to give longer spells of rain in Connacht, Ulster and parts of north Leinster. Maximum temperatures 15 to 19 degrees with light to moderate west to southwest breezes.

On Sunday there will be sunny spells and showers in most areas, with showers most widespread in northern areas. It will become cloudy in the southwest during the afternoon however, with rain expected to affect south Munster later in the afternoon and into the evening. Similar temperatures to Saturday with maxima of 15 to 19 degrees, in mostly light west to southwest breezes.

Showers and rain in the northeast and southwest will clear early on Sunday night leaving dry conditions with clear spells. Lowest temperatures of 7 to 10 degrees in light west to northwest breezes.

Most areas will stay dry on Monday with sunny spells during the morning, but turning increasingly cloudy as the day goes on. There will be a few light showers in northern areas too. Highest temperatures of 15 to 19 degrees with light west to northwest breezes.