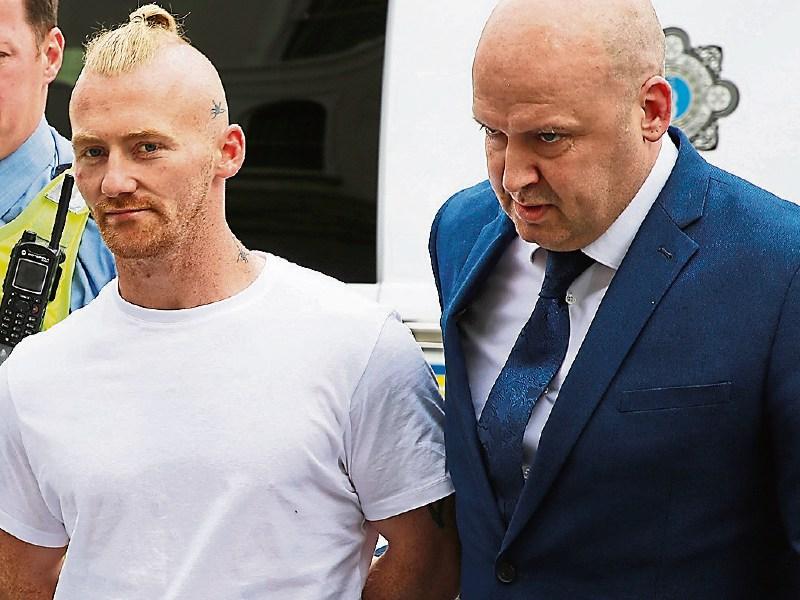 A man, charged with an alleged murder after a man died following an incident in Rathangan this weekend, appeared at a special Naas District court sitting today.

Robert Broughan, 25, whose address was given as 670 St. Patrick’s Park, Rathangan, is charged with the alleged murder of Roy Hopkins at Glenaree, Rathangan, on July 31.

The defendant, dressed in a white t-shirt and grey tracksuit bottoms spoke only once during the eight minutes long hearing.

He nodded to confirm he is working and said “landscaper” when asked by Judge Desmond Zaidan what his occupation is.

Det Gda Seamus Doyle of Kildare town garda station gave evidence of arresting the defendant at 1.30pm today and when cautioned he made no reply.

Gda Doyle said the defendant was charged at 2pm and replied “Are we going to Naas ?”.

Gda Doyle said he believed this was a query about the location of the court hearing.

He said he handed the defendant a true copy of the charge and sought a remand in custody until next Thursday.

He said it would be alleged that the deceased was assaulted with a blunt instrument.

He also told the court that both men are friends.

Gda Doyle also said it is believed that a baseball bat was the alleged weapon and the investigation is still ongoing.

Supt Oliver Henry said it is thought the pair went to the scene together and many of the case details are being investigated.

Defending solicitor Conal Boyce said Rathangan is a small town where many people are known to each other.

He applied for legal aid and said he is consenting for the defendant to be remanded in custody to Cloverhill Prison.

Mr Boyce also asked for the defendant to be medically assessed by a psychologist, as opposed to a psychiatrist.

“I think this may have some value in due course,” he said.

The defendant was remanded in custody until August 6 when he is likely to appear by video link.

Judge Desmond Zaidan said that while he is dealing with allegations only, he extended sympathy to the family and friends of the deceased.

He granted free legal aid including for a junior counsel to also be assigned to the case. Mr Boyce said legal aid for a senior counsel may be sought at a future date.