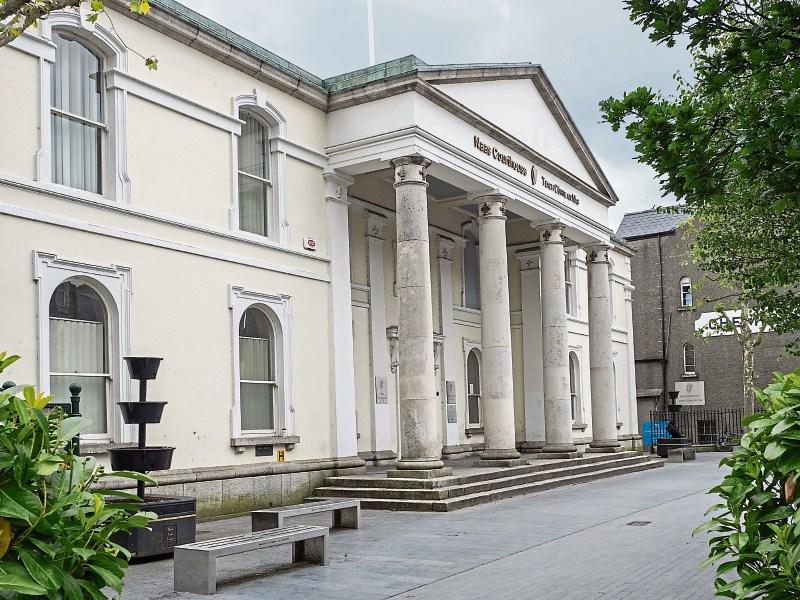 Andrew Cross, 65, whose address was given as Ballyteague, Kilmeague, was prosecuted for possessing a flick knife at Hunting Ground, Athy, on January 19 last.

Sgt Brian Jacob said the defendant had a stall selling the items and, when he was approached, he said the flick knife was to be sold for fishing purposes and not to a child; and the gas might be sold to a woman for protection.

He said the defendant was very cooperative, and said the knuckle duster was for sale to a motorcyclist, who would likely weld it on to the machine.

“Why would anybody want to display a knuckle duster?” asked Judge Desmond Zaidan.

The defendant told the court the items were part of a collection he had got together over a period of 20 years at different markets.

He said some of the items were purchased at markets in Bosnia or Germany.

Sgt Jacob described the defendant as an amateur salesman who picked the wrong products and he said the case was more about naivety than criminality.

He added that the market concerned takes placed near the river and is nothing like as formal as the regular market.

“I believe he was foolish and it was a once off incident,” added Sgt Jacob.

The defendant also told the court he was training to do voluntary work with the Samaritans, but this was suspended pending the outcome of the court case.

Solicitor Cairbre Finan told the court the defendant has worked all his life and had cooperated with the gardaí.

Mr Finan described him as earnest and said he is concerned about the case. He also said the defendant has never been in trouble before and there was a certain element of ignorance associated with the case.

Referring to the items for sale, Mr Finan said he shouldn’t have had them.

Noting that the man was not selling the items every week, Judge Zaidan accepted a charitable donation of €500 for Pieta House. He ordered that the items be destroyed.