Naas motorists face disruption until December because of water works

Diversions are in place 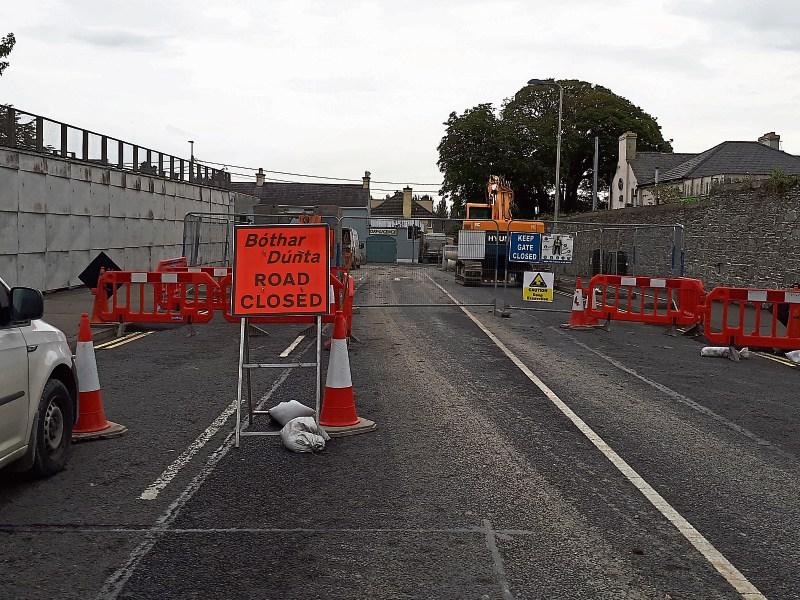 A view of the road works off Newbridge road, Naass

Motorists  using one of the busiest routes in Naas faced prolonged delays because of road works which started this week.

A section of the Newbridge Road, near the entrance to Aras Chill Dara and the Town House Hotel, is affected meaning that vehicles travelling in and out of Naas are being diverted, generally on to the ring road on either side of the road.

The project runs until mid-December - however the road will not be off limits  for the duration and will be closed for no more than 14 days at a time.

A comprehensive series of diversions have been created to take traffic away from the area.

Provision has also been made for people living in the local residential areas including Pacelli road, Sarto Road, Our Lady’s Place and Sarto Park.

According to Irish Water the works are part of the Upper Liffey Valley Sewerage Scheme which is a €38 million investment by Irish Water in the wastewater infrastructure in Kildare.

This involves the construction of 18kms of new sewers to improve the wastewater network, safeguard the environment and support the needs of a number of towns which the current wastewater infrastructure is unable to do.

These towns, as well as Naas, also include Clane, Johnstown, Kill, Prosperous and Sallins.

This current phase of works began in Naas and Newbridge on August 17 and includes improvements to the sewer network in several locations across both towns to safeguard the environment and support economic and social development. Traffic management is in place with diversion routes clearly signposted and access to all businesses has been maintained. Irish Water and Kildare County Council say they apologise for any inconvenience caused.