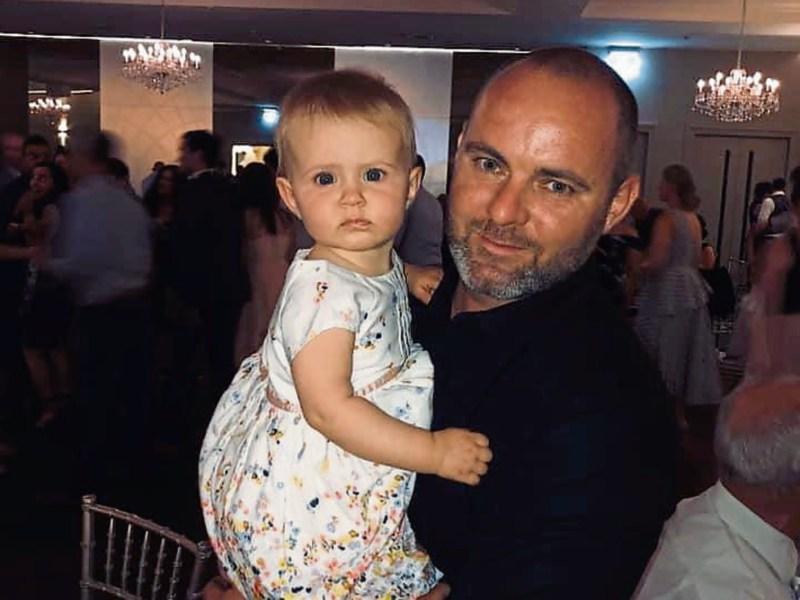 Mark Hopkins and his daughter Ayla

Rathangan man Mark Hopkins is still biding his time as he waits for the green light to take a return flight to Australia.

As reported in the Leader last week, Mr Hopkins returned home in heartbreaking circumstances to attend his brother’s funeral and was then effectively left stranded by his airline.

He only came home following the tragic passing of younger sibling Roy, who died following an incident on the town's outskirts on July 31. A local man was subsequently charged with the murder of Roy.

“I booked the return flight when I left and I had no warning that this would happen until the night before when I got an email from the airline informing me that the flight had been cancelled as far as I was concerned,” said Mark.

This happened two nights before his was due to return to Sydney with Qatar Airways.

Since then he has been in contact with a number of politicians. As it is the 37 year old, keen to be reunited with partner Amy and children Sienna, 4, and Ayla, 1, is scheduled to return on October 24 — though he remains fearful that this, too, could be changed.

“I thought something might be available on business class but, while Qatar Airways won’t say exactly why I cannot return earlier or when I should have, it seems that it’s to do with Covid-19 and the fact that only some many people are being allowed into Australia per day.”

Mark’s plight has drawn the attention of the Sydney-based Australian television news network ABC News. Another delaying factor is the need for people arriving into Australia to quarantine for 14 days and there is only limited accommodation available to cope with these numbers.

“According to ABC News a cap has been placed on the number of people allowed in per day so there are not enough flights. If they don’t lift the cap I might have to stay even longer than October 24.” Mark added: “I’m still hoping that something happens before then so I can leave. I’ve made my case to the airline and the politicians.”