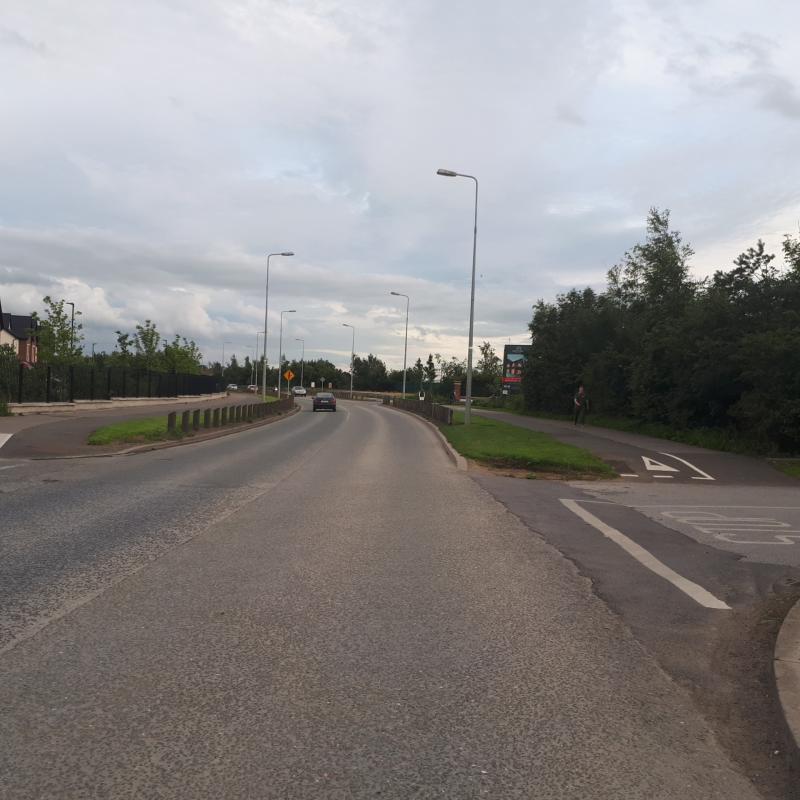 A pedestrian crossing is needed

A pedestrian crossing and traffic calming measures are needed in one of Naas' newest residential areas.

The amount of traffic using the road which connects Kilcullen Road with Newbridge Road was described as ‘hugely dangerous’ and the crossing is needed here.

Cllr Carmel Kelly also told a Naas Municipal District meeting on September 15 that the traffic build up is ‘a huge issue’, especially with the number using the road as a walking route — and at a time when people are being encouraged to walk.

Cllr Evie Sammon called for the crossing and traffic calming proposals. “It’s very busy there because of all the new houses,” she said, adding that a school bus also stops in the area.

Kildare County Council said the location will have to be examined to assess whether a pedestrian crossing or traffic calming is warranted. Delivery will depend on funding availability.