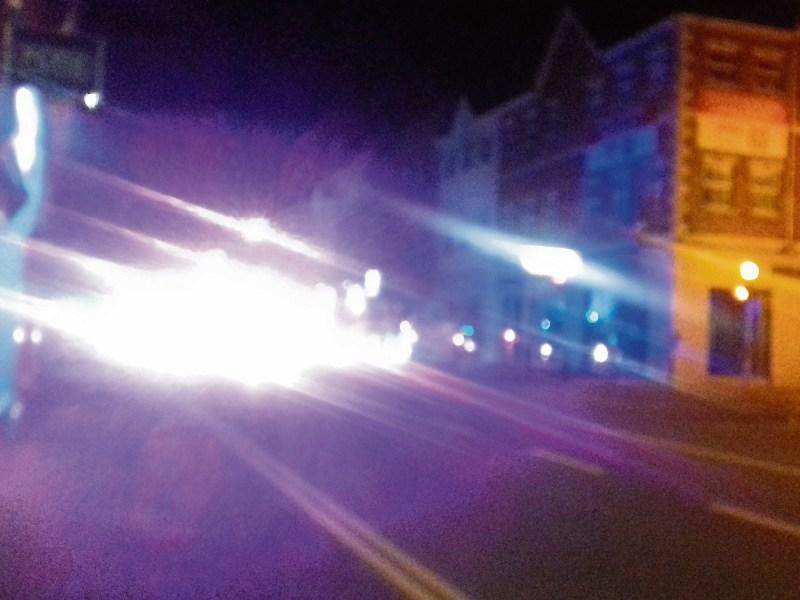 The scene at Dublin Road, Naas

One of the busiest roads in Naas has just now reopened fully to traffic following a fire late this evening.

It’s understood that the fire took hold in a industrial size bin adjacent to a business premises in the area.

One of the fire tenders came from the Newbridge fire station and garda vehicles were also present.

A one way traffic system was deployed in response to the emergency.

Gardai closed the Dublin Road to traffic coming into the town and all vehicles were diverted along Wolfe Tone Street for a period.

It is thought that the bin may have been  set ablaze as a Hallowe’en prank.

However the fact that there are a number of residents living in the area prompted a significant response by firemen and gardai.

Fire damage is visible at a premises opposite the Naas Town Centre, which houses shops and offices.