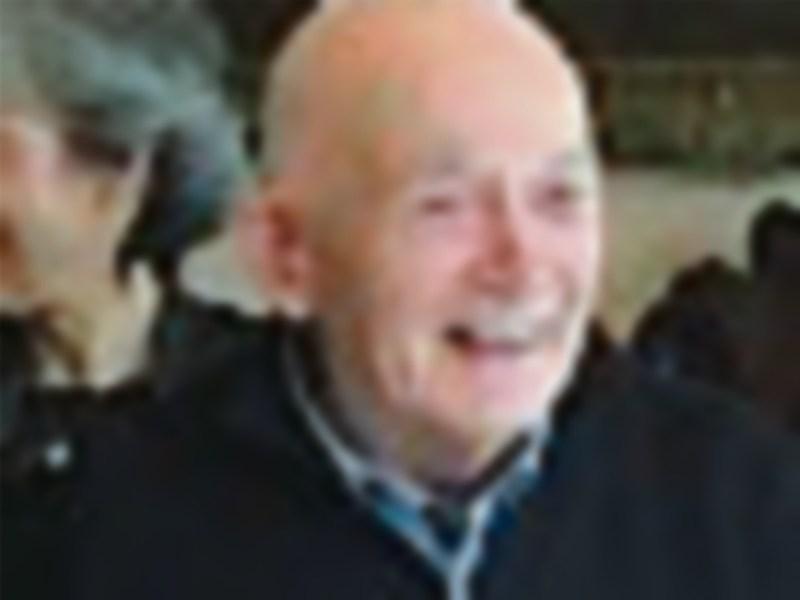 October 13. Formerly New Park, Ballysax, The Curragh, Co. Kildare, in his 93rd year, peacefully following a short illness in the care of the nurses and staff of Tallaght University Hospital, Dublin. Loving brother to the late Nancy, P.J. Tommy & Merty. Dearly missed by his sister Detta Phelan, his nieces, nephews, grandnieces, grandnephews, extended family, his former colleagues and wide circle of friends. Removal on Thursday to St. Brigid's Church, Suncroft, Co. Kildare for Requiem Mass at 11.00 am, followed by burial at Carna Cemetery, Suncroft.  In accordance with Government and HSE guidelines and in the interest of public health, the funeral mass will be private. For those who would like to have attended but due to current government restrictions cannot, please feel free to leave a message on the condolence page at RIP.ie.

October 12. Formerly of Cooley Road, Drimnagh, Co. Dublin. Sadly missed by his loving wife Marie, son John, daughters Jean and Jennifer and their partners Michelle and Danny, grandchildren Leon, Graeme, Lauren, Daniel and Ava, brothers, sisters, brothers-in-law, sisters-in-law, nephews, nieces, relatives, neighbours and friends. Due to current government guidelines regarding public gatherings, a private family funeral will take place. Those who would have liked to attend the funeral, but due to current restrictions cannot, please feel free to leave a message in the condolence page at RIP.ie. Removal on Friday morning to arrive at The Church of The Holy Trinity, Allen for Requiem Mass at 10 o'clock. Cremation afterwards at Mount Jerome Crematorium, Harold's Cross. John's Cremation service will be available to view at https://vimeo.com/event/153499 from 12.15pm.

October 13. Peacefully at Blackrock Hospital, Wife of the late Barney. Daughter of the Late Tom and Mary, and her brother Tom Fennell and sister Julie (Babs) Fennell RIP. Very Deeply regretted by her loving family Peter, Celine, Threas, Marie, Barney Jr, Sarah, and Samantha, Katie, sons-in-law daughters-in-law, sisters Marie and Bernie, brothers-in-law, sisters-in-law, grandchildren, great-grandchild, nephews, nieces, cousins and her many neighbours and friends. Her remains will be reposing at her home this Wednesday evening from 3 pm till 8 pm, house private thereafter. Funeral Mass on Thursday at 1.30 pm in St Patrick's Church, Johnstown Bridge and burial immediately afterwards to Kilshanroe Cemetery. Due to government advice regarding public gatherings level 3, those who would have liked to attend the Funeral, but due to current situation cannot are invited to leave a personal message for Ann's family in the "condolence" section at RIP.ie.

October 13. Formerly of O'Higgins Road, the Curragh Camp. Peacefully at Naas hospital surrounded by his loving family. Sadly missed by his loving sisters Marian and Ursula, brothers Tony and Dermot, sisters-in-law, aunt Tesha, nieces, nephews, relatives, neighbours and friends. Due to current government guidelines regarding public gatherings, a private family funeral will take place. Those who would have liked to attend the funeral, but due to current restrictions cannot, please feel free to leave a message in the condolence page agt RIP.ie. Removal on Friday morning to arrive at St. Brigids Church, The Curragh, for Requiem Mass at 11am. Burial afterwards in St. Conleth's Cemetery, Kildare Town.