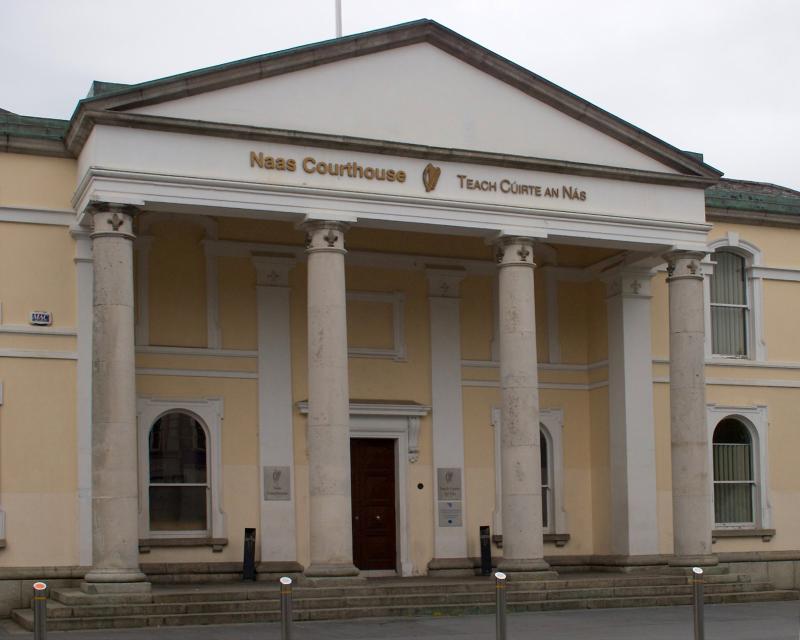 Six people, at least one of whom was armed with a hatchet and another with a  hammer, smashed windows, a camera  and threatened the occupants at a house in Naas, it’s been alleged.

Naas District Court heard an allegation today that four males and two females arrived in two cars to an address at Hazelmere, near the Church of the Irish Martyrs, Ballycane, nine days ago.

Det Sgt Des McHale said some had their faces covered. They broke a camera at the front of the house, two windows and a PVC door at the back of the residence, he claimed.

He said one of the males allegedly held a hatchet over his head during the incident.

Nobody was injured, he added and they eventually left.

He said the parties are known to each other.

A brother of two of the group who came to Naas was killed in a road accident in Tallaght.

The court also heard that the driver of the vehicle involved in the Tallaght accident is believed by some to be a brother of one of the occupants at the house in Hazelmere.

“There is a threat to this man’s life,” added Det Sgt McHale, though he wasn’t at the house at the time and his sister is under threat.

“The defendants think he may have been driver in the accident,” said.

He added that the defendants and the house occupants are members of the Travelling community.

Judge Zaidan declined to grant bail, saying that if the occupants were subjected to this alleged incident it’s likely that there would be witness intimidation.

He remanded both in custody until November 18.