Concerns over future use of old briquette factory 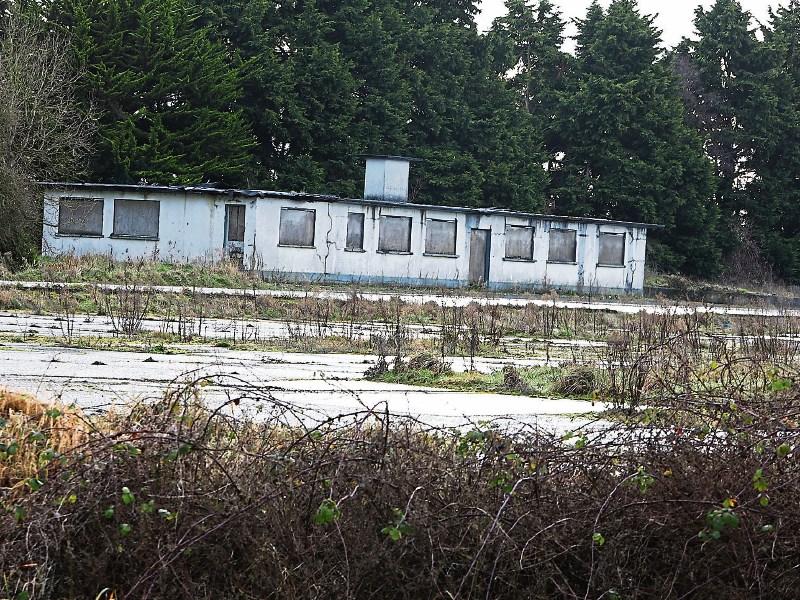 Part of the former briquette factory, near Lullymore

Local people are expressing concern about the possible future use of the former Bord na Móna briquette manufacturing plant at Kilpatrick between Allenwood and Derrinturn.

The briquette factory closed some 28 years ago and has been unused since, having opened before the start of the second World War.

It was the country’s first briquette factory.

Local resident Declan Fitzgerald has expressed concern that plans for a wind farm “spanning 14 decommissioned bogs” with amenities such as a cycling facility around the area along with walkways and nature study centres may now be abandoned.

He added that the site was marked on maps produced as part of the consultation process surrounding the wind farm proposal.

He said some residents are considering taking court action as their best hope to stop the sale of the site.

“To date they have failed to get any reassurance that as to the future use of the industrial site.”

Mr Fitzgerald said it will be claimed as part of a court action that the sale “drives a coach and horses through the consultation process and risks undermining local trust.”

“Why would Bord na Mona want to undermine its own consultation process? Why would they not reveal the buyer and reassure locals ?” he asked.

In a bid to find out more information, area councillor Daragh Fitzpatrick has asked Deputy James Lawless to table a Dáil question.

Cllr Fitzpatrick said that while Bord na Mona is a commercial entity and may wish to dispose of the site, any future use must be in keeping with the environmental character of the area.

He said he would be opposed to any recycling projects and especially having the site used for recycling tyres, as has been speculated.

Cllr Fitzpatrick said the lack of information has aroused anxiety among some people living in the area.

According to the company planning permission has been lodged for a wind farm on Bord na Móna lands collectively termed the Ballydermot bog group, an area comprising 14 bogs located in Counties Kildare and Offaly, close to the communities of Allenwood, Clonbullogue, Derrinturn, Edenderry, and Rathangan.

The Kilpatrick site, a former briquette factory, once serviced these bogs.

“As part of Bord na Móna’s Brown to Green strategy — which envisages a move away from peat for energy and towards a future of delivering clean, renewable energy — factories such as Kilpatrick have been decommissioned and either repurposed or divested.”

A company statement added that the sale of the Kilpatrick site does not impact plans ongoing for the delivery of the Ballydermot wind farm project.

It did not address the likely future use of the site.

“Bord na Móna has been, and continues to be, in constant dialogue with local communities and interest groups in relation to the project.

“We are awaiting a decision on the Ballydermot wind farm planning application and anticipate a positive outcome, as we progress towards our goal of supplying approximately one third of all Irish homes with renewable energy by 2030.”