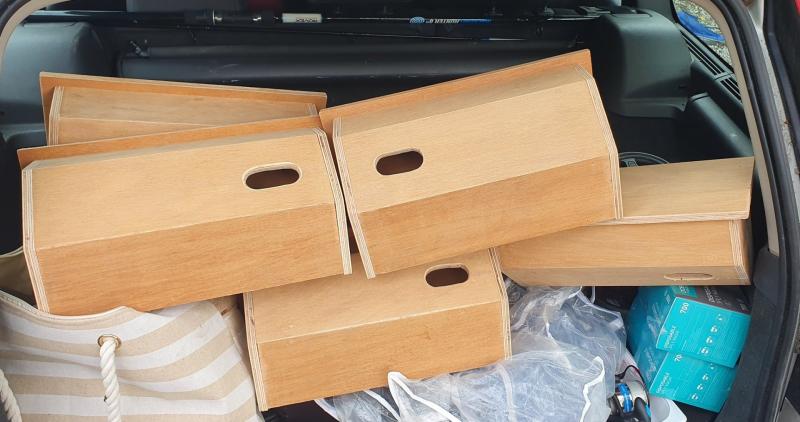 Prisoners in the Midlands Prison in Portlaoise are using their spare time to make nest boxes for the falling population of swifts.

Inmates have constructed five boxes which BirdWatch Ireland will install on buildings in the region to encourage the migratory birds.

Swifts arrive in Ireland from Africa every summer but the number of nesting sites such as in old buildings has declined.

BirdWatch Ireland estimates there has been a 40 per cent fall in population in the last ten years.

The prisoners construct the nest boxes from small sheets of plywood and make a small opening for the bird to enter and exit.

Ricky Whelan of Birdwatch Ireland, who collected a batch of the boxes from the Midlands Prison, said they showed "excellent workmanship".

He added: "Thanks to the prisoners involved and all at the Irish Prison Service for doing their bit to help breeding swifts."

The Irish Prison Service said prisoners at Midlands Prison as well as Arbour Hill got involved in the project in 2020.

"The Work & Training Officer in Arbour Hill Prison liaised with their counterpart in the Midlands Prison and agreed to construct some of the swift boxes for BirdWatch Ireland.

"The specifications of the swift boxes were requested from BirdWatch Ireland and the Midlands Prison initially agreed to make five boxes."