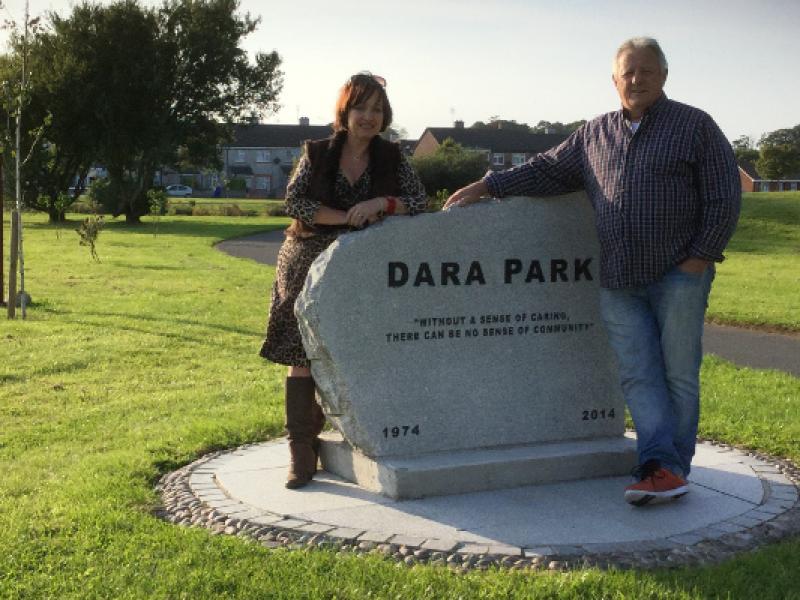 Director of Services at Kildare County Council (KCC), Joe Boland, along with Newbridge based Councllors Fiona O’Loughlin and Paddy Kennedy, launched KCC’s plans to deal with surface water and flooding in Dara Park, Newbridge. "Over recent years, flooding of roads and some private properties in Dara Park were occurring regularly,” said Cllr O’Loughlin who, as chair of the area committee of KCC, initially established a working group to deal with the issues. Along with senior officials from Housing and Environmental sections, the area engineer, residents and other local councillors, the group has continued to meet every three months in Newbridge Family Resource centre and address ongoing issues raised by the residents. “The existing drainage in Dara Park dates to the time of the original construction” said Cllr O’Loughlin. “Due to the expansion of housing in this area, adjoining developments were connected to the existing public surface water drainage network at Dara Park, discharging through a culvert below the railway line. Surveys carried out highlighted numerous deficiencies in the existing scheme which, when combined with severe rainfall resulted in localised flooding of the low-lying areas of the estate”. Upgrade works designed to deal with these problems have recently been on display. Works will start on site in September, to be completed before Christmas with landscaping work delayed until Spring. Cllr O’Loughlin welcomed the investment and commencement of corrective works, noting the great working partnership with local residents, Joe Burke and Ger Murphy amongst them.  “Special thanks to Joe Boland, Alan Dunny and Damian McNulty for their huge input also" she concluded.
ADVERTISEMENT - CONTINUE READING BELOW