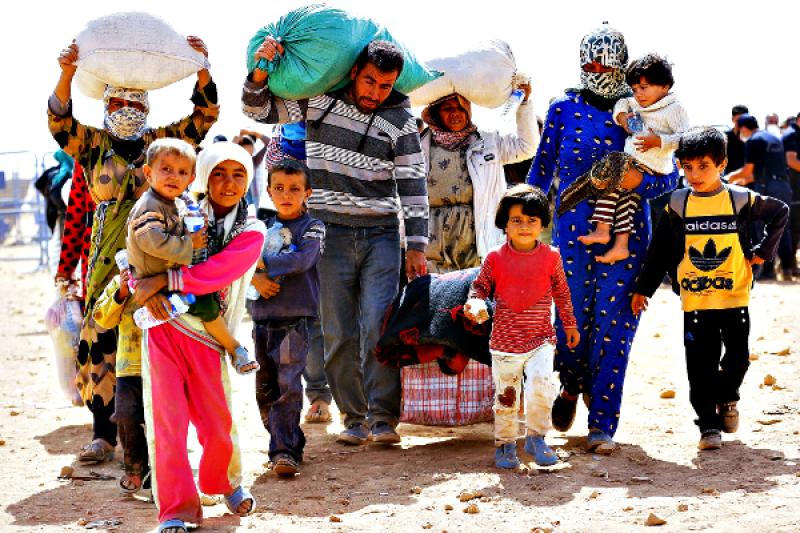 Co Kildare residents have been asked to donate spare accommodation to Syrian refugees arriving into Ireland.
The Irish Red Cross on behalf of the Government is coordinating public offers of help and support for the estimated 4,000 people being accepted into the country.
Justice Minister Frances Fitzgerald said: "The public response to the crisis once again demonstrates the community and voluntary spirited generosity of the Irish people.
"This voluntary effort must be let grow and develop in a way that is both sustainable and fully engages individuals, communities, NGOs and religious organisation in responding to the plight of refugees."
Anyone who wants to help is urged to contact the Irish Red Cross on 01-6424600 or migrationcrisis@redcross.ie.
Meanwhile it has emerged that Syrian refugees will be temporarily housed in Monasterevin in groups of around 70  for up to four months at a time.
It's not yet clear if Magee Barracks in Kildare town, where a fire broke out last week, will definitely operate as an accommodation centre.
It's understood that 520 people will be housed in the former Hazel Hotel in Monasterevin between now and the end of 2016.
The first four Syrian refugees arrived into Monasterevin via Lebanon on August 24.
A further 72 refugees comprising 15 families displaced by the Syrian conflict are due to arrive during September.
The Department of Justice held a meeting in the town with local community representatives on Friday night.
A new cross-departmental Government taskforce coordinating the response plan, chaired by the Department of Justice, will hold its first meeting in Dublin tomorrow.
The body will work with NGOs, religious bodies, local authorities and the Irish Red Cross.
The Justice Minister  is attending an emergency meeting of Justice and Home Affairs ministers today in Brussels to discuss how to relocate thousands more asylum seekers arriving into the EU via Italy, Greece and Hungary.