Caragh Bridge: Traffic misery to end as Council gets green light for repairs 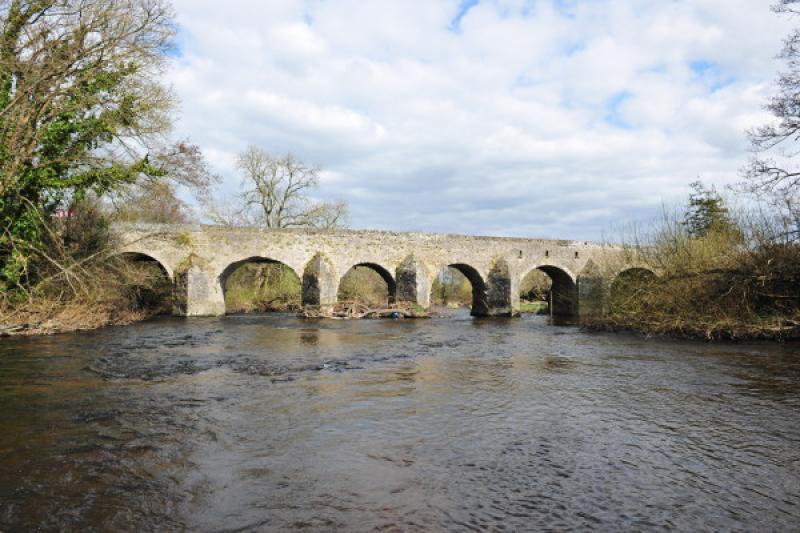 Congestion caused by the closure of historic Caragh Bridge will be finally over - as the Government has given the immediate go-ahead for repairs. The Minister for Arts, Heritage and the Gaeltacht Heather Humphreys has finally given approval to Kildare Co Council for specialist works to begin on Monday. However it may still be early November before the route is fully opened again to traffic. An online petition calling for the urgent repair of the bridge has attracted hundreds of signatures in recent days. The national monument, which was built in 1656, was damaged on August 22 and has been closed ever since. A 6km-long diversion route is in place and has caused daily traffic congestion for thousands of motorists. Local politician Cllr Robert Power told KildareNow he welcomed the decision by the Government. He added: "If the workmen get good weather, the bridge could be reopened in early November or before." But the Caragh native from Fianna Fail called for heavy goods vehicles to be banned from using the bridge in future. A Council spokeswoman said the repair works themselves are expected to take six weeks but this is weather dependent. She added: "In parallel with the above actions the bridge is being assessed with regards to its ability to function following the repair works including what types and levels of traffic should be allowed in future. "The Council appreciates that the closure of the bridge is an inconvenience to road users and to the community in Carragh and surrounding areas. Please be assured that every effort will be made to reopen the bridge as soon as it is safe to do so."
ADVERTISEMENT - CONTINUE READING BELOW