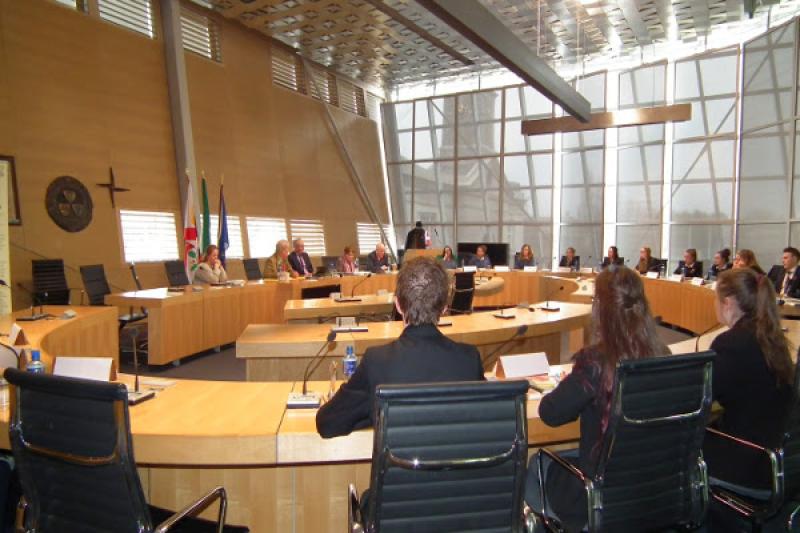 Above: File photo of the Council Chamber  Kildare County Council has just voted by 25 votes to 12 to reduce the Local Property Tax by 7.5%. Kildare Now is reporting live from the the September monthly meeting in Aras Chill Dara in Naas where a majority of politicians were in favour of the decision. The moves means that property owners in Co Kildare will see a small reduction in the annual tax they pay. However Council Chief Executive Peter Carey had earlier urged the politicians to make no reduction in the annual funding. Mr Carey said that local property tax gives local representatives a real say in projects within their communities in relation to roads, footpaths and playgrounds. He said:  "This is a very significant local power for elected members of the Council." He said that ring fencing the current level of funding would speed up the completion of several works schemes around the county. Cllr Suzanne Doyle said that reducing the property tax rate would attract people to live in Co Kildare. Earlier Mayor Brendan Weld told KildareNow that the consensus among members was that a 7.5% reduction was the best decision to make.
ADVERTISEMENT - CONTINUE READING BELOW