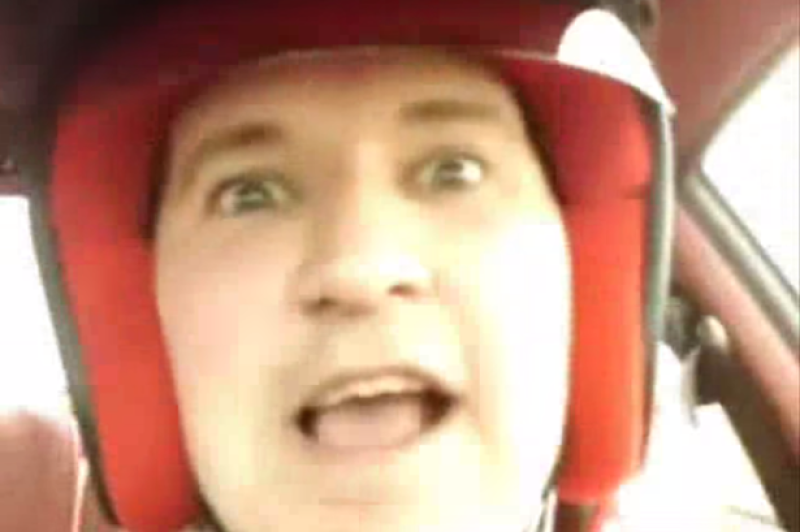 A haunting video showing evil Graham Dwyer driving a sports car at Mondello Park has vanished from the web. The architect, who was jailed in April for murdering care worker Elaine O'Hara, enjoyed a thrilling ride in a Porsche 911 during a day out at the Co Kildare racetrack. Dad-of-three Dwyer (42) was found guilty in March of murdering Dubliner Elaine O’Hara by stabbing her for his sexual gratification in the Dublin Mountains. Experts believe that Dwyer, who was wearing a crash helmet with red padding, may have had the video removed in recent months to prevent further negative publicity in the media. A source said: "The footage was uploaded to Dwyer's YouTube account and only somebody with access to his username and password could have removed the video." In the footage filmed at Mondello in 2009, the architect is shown wearing a crash helmet in the driving seat of the silver-coloured vehicle. Footage is filmed by a pal from the back seat and shows Dwyer negotiating the twisting turns of the track and laughing in delight. He then hands the wheel over to another man, before the footage switches to the dashboard. The killer was handed down a life sentence for murdering care worker Miss O'Hara in Rathfarnham on August 22 2012, just hours after she was discharged from a mental health hospital. The nine-week trial earlier this year gripped that nation and queues of people waited outside the Courts of Justice in Dublin to witness the proceedings. END
ADVERTISEMENT
Advertise with Us
ADVERTISEMENT
Advertise with Us