Gasps in Goffs as yearling filly goes for €1.7 million! Sales in Co Kildare auction could hit 50 million this week 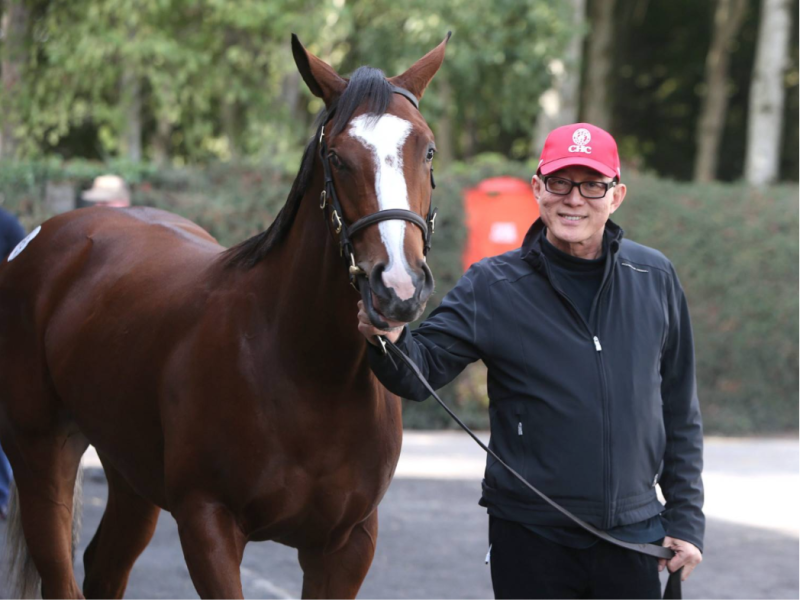 Even experienced horse racing folk were surprised by events at Goffs outside Naas in Co Kildare, yesterday. There were audible gasps in the sales room at Goffs yesterday as bidding for a filly (who had excellent parentage) steadily climbed from the hundreds of thousands of euro to over €1m - and kept going. The yearling was sired by the legendary racehorse Frankel. When the hammer finally fell, Chinese racing enthusiast Teo Ah Khing of the China Horse Club had parted with a whopping €1.7m for the  filly. But with five more Frankel yearlings still to come, there were still plenty more opportunities for the high-flyers at the Goffs Orby Sale to be parted from their cash. More than 1,300 buyers from around the world descended on the Co Kildare venue yesterday for the first day of the sale. Attendees included top trainer Aidan O'Brien and his son, flat jockey Joseph. Sheikh Mohammed and Sheikh Hamdan Al Maktoum of Dubai also came to view the latest Irish yearlings, along with Sheikh Fahad Al Thani of the Qatari Royal Family. Henry Beeby, chief executive of Goffs, explained the attraction of the Frankel filly, "the only way you can put it into human terms is a supermodel and an athlete rolled into one"."When it went over a million, there were five different bidders. That demonstrates her broad appeal," he added. Joey Cullen, marketing director of Goffs, expected the sales over yesterday and today to take in between €45m and €50m in total.
ADVERTISEMENT
Advertise with Us
ADVERTISEMENT
Advertise with Us
ADVERTISEMENT
Advertise with Us
ADVERTISEMENT
Advertise with Us