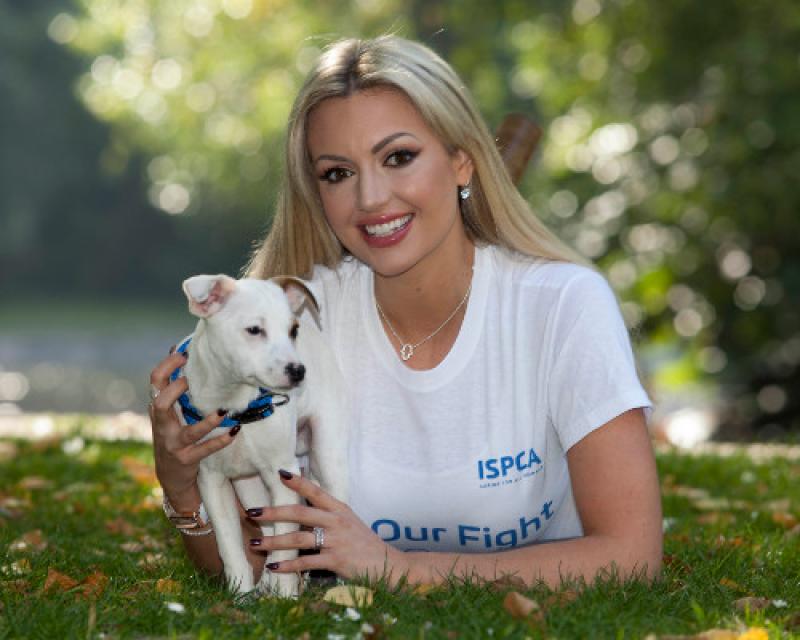 To celebrate World Animal Week 4th – 10th October, the ISPCA is launching a social media campaign and asking all animal lovers to Join Our Fight to #EndCruelty. ISPCA Ambassador Rosanna Davison is calling on Co Kildare to show their support and get behind the campaign: "You can help in so many ways from volunteering to rehoming a rescued animal, by making a donation or simply giving your pet some extra attention" said the celebrity model. ISPCA Public Relations Officer Carmel Murray added: “World Animal Week is a wonderful opportunity to give animals a voice and raise awareness for improved animal welfare standards not only in Co Kildare and across Ireland but right around the globe. The ISPCA is encouraging everyone who loves animals to share your animal stories and photos on social media. Simply Join Our Fight and use #EndCruelty and #WorldAnimalWeek so we can see your amazing contributions and together we can End Cruelty". As a charitable organisation, the ISPCA relies on the public support to carry out our vital work rescuing, rehabilitating and responsibly rehoming abandonned animals. Co Kildare has several animal rescue shelters, one in Kildare Town, the KWWSPCA at Athgarvan and Littlehills located between Dunlavin and Ballymore Eustace. Susan Anderson of Littlehills began the first of two weekend runs to save 2,500 hens from extermination yesterday, with a drop off point in Killashee. Check out their Facebook page to see next weekend's schedule. All support appreciated.
ADVERTISEMENT
Advertise with Us
ADVERTISEMENT
Advertise with Us
ADVERTISEMENT
Advertise with Us
ADVERTISEMENT
Advertise with Us