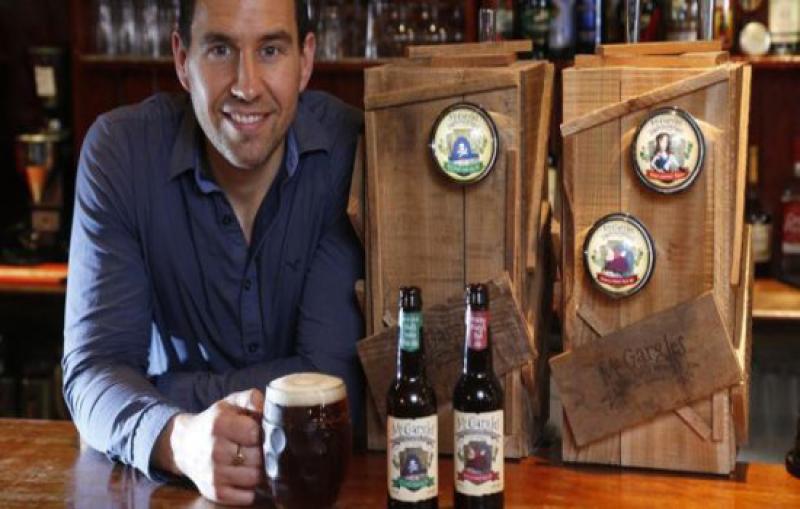 Above: Niall Phelan, co-founder of the Rye River Brewing Company. A total of 150 new jobs have been announced for Co Kildare. The Rye River Brewing Company in Celbridge will hire the staff over the next three years as it builds a new brewery and visitor centre. The jobs will be spread across a range of areas like manufacturing, customer service, brewing, export and general operatives. Management hope the €4m project will be worth an extra €12.5 million to the local economy. The firm produces a number of beers under the McGargles brand. The group, established in 2013, employs 47 people and exports to 15 countries. Co-founder Niall Phelan said: “This is a really exciting time for The Rye River Brewing Company as we reach this significant milestone in our expansion and development and we have strong plans and targets now in place to increase production to meet our growing export markets. "Our production capability will treble to seven million litres from the current two million litres as we have outgrown our current brewery and importantly the investment will help us maintain the quality of our award winning Irish craft beers that have helped to drive our expansion abroad. We have been lucky in that we have been profitable from 2014 and we’ve been able to use these profits, our own reserves and some borrowing to fund our existing successful operations and cap-ex. The new development will be funded from cash and some investment and we will be seeking further investment over the coming six months.”
ADVERTISEMENT
Advertise with Us
ADVERTISEMENT
Advertise with Us
ADVERTISEMENT
Advertise with Us
ADVERTISEMENT
Advertise with Us