Competition is music to the ears of Kildare students 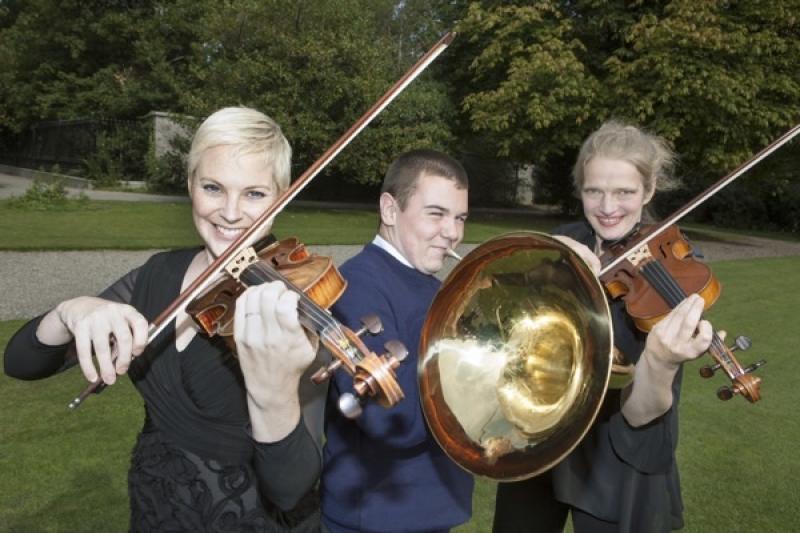 Above: Helena Wood, leader of the RTE National Symphony Orchestra, Mia Cooper, leader of the RTE Concert Orchestra with sixth year student Ronan Timmins. Kildare’s musical teens can now tune up for a €3,000 top prize in a nationwide competition. The Fr Frank Maher Classical Music Awards, sponsored by Top Security is seeking entries from the Lilywhite County for 2015. The prize money will provide valuable additional financial help in fulfilling their musical ambitions. Emmet O’Rafferty, chairman of Top Security, established the Awards in 2001 in memory of the late priest who was a music teacher at his old school. The closing date for entries is Thursday 15th October 2015 following which seven finalists will be selected by an independent board of adjudicators to attend the competition night on Thursday 12th November 2015 at the Royal College of Physicians in Dublin where they will perform in front of an invited audience.
ADVERTISEMENT
Advertise with Us
ADVERTISEMENT
Advertise with Us