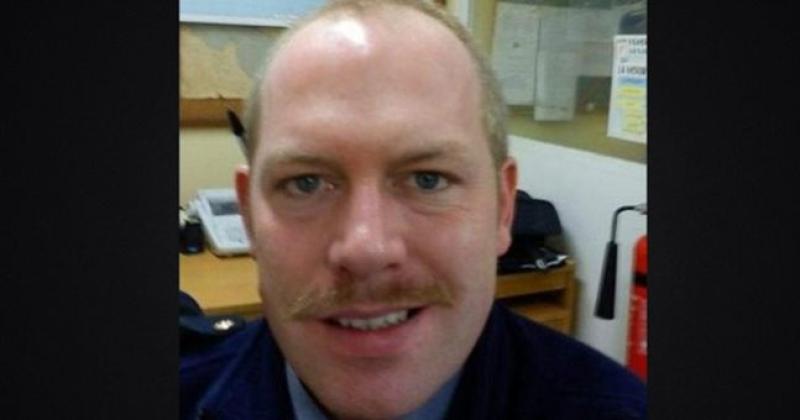 Anthony Golden, Formerly Farranoo, Ballina. Beloved husband of Nicola (nee O'Sullivan) and adored dad of Lucy, Alex and Andrew. Dedicated member of An Garda Síochána. He will be forever missed by his heartbroken wife, daughters, son, parents Breege and David, brothers David, Kenneth, Patrick and Seán, sister Mary, parents-in-law Tony and Iris, sisters-in-law Majella, Laura, Aisling and Tara, brother-in-law Jonathan, aunts, uncles, cousins, nephews, nieces, relatives, friends and colleagues in An Garda Síochána … Removal on Thursday to St. Oliver Plunkett Church, Blackrock, arriving for Funeral Mass at 12 noon, followed by burial at St. Paul's, Heynestown.”   The chief celebrant for this Mass will be Father Pádraig Keenan, Parish Priest of Haggardstown Blackrock, Co Louth, in the Archdiocese of Armagh.  The Vicar General of the Archdiocese, Dean Colum Curry, will preside at this Mass and will represent Archbishop Eamon Martin, Archbishop of Armagh.  From the Diocese of Killala, Bishop John Fleming and Father Gerard O’Hora VF, Parish Priest of Ballina, will also be in attendance. KildareNow would like to extend sympathies to all of the Gardai nationwide along with family and friends.
ADVERTISEMENT
Advertise with Us
ADVERTISEMENT
Advertise with Us