Protest against survivors of Carrickmines described as 'disgusting' 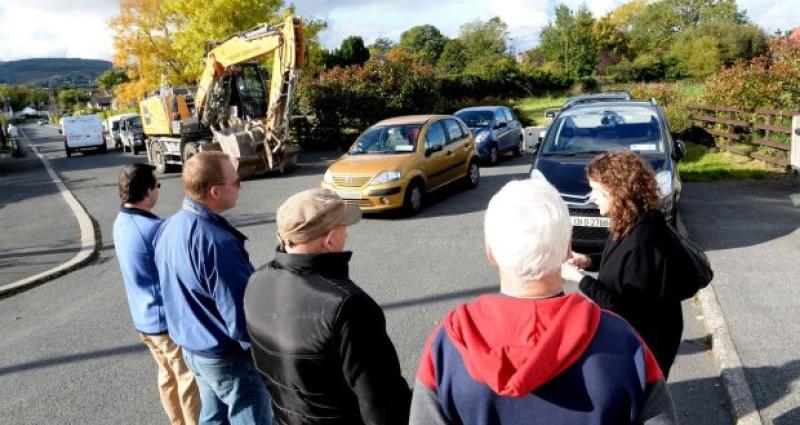 A protest which stopped work on a temporary home for the survivors of the Carrickmines fire tragedy has been branded "disturbing and shameful".

Environment Minister Alan Kelly said he was "incredibly disappointed and disheartened" by the protest in which council workers were stopped from getting access to a site in south County Dublin.
Minister Kelly said: "To be frank, I would like the people behaving that way to reflect on that. The nation is heartbroken about what happened last weekend," he said. Mr Kelly added that the blockade, "given what that family has gone through, is very disturbing and shameful".
People at a Dublin housing estate yesterday delayed the construction of a temporary halting site earmarked to house 15 adults and children left homeless as a result of the fire last Saturday, the Independent.ie reports.
Dun Laoghaire-Rathdown County Council issued a letter to residents at around 11am yesterday informing them that work was to begin immediately on a plot of land in the Rockville Drive estate to accommodate the survivors of Saturday's fire which claimed 10 lives.
The letter from the council stated that the accommodation of four mobile homes is only on a temporary basis, until a permanent site is completed in about eight months time.
However, the entrance to the plot of land was blocked yesterday morning, preventing a JCB from starting the planned construction work.
A peaceful stand-off ensued with people refusing to move their vehicles which were obstructing the entrance to vacant site.
ADVERTISEMENT
Advertise with Us
ADVERTISEMENT
Advertise with Us