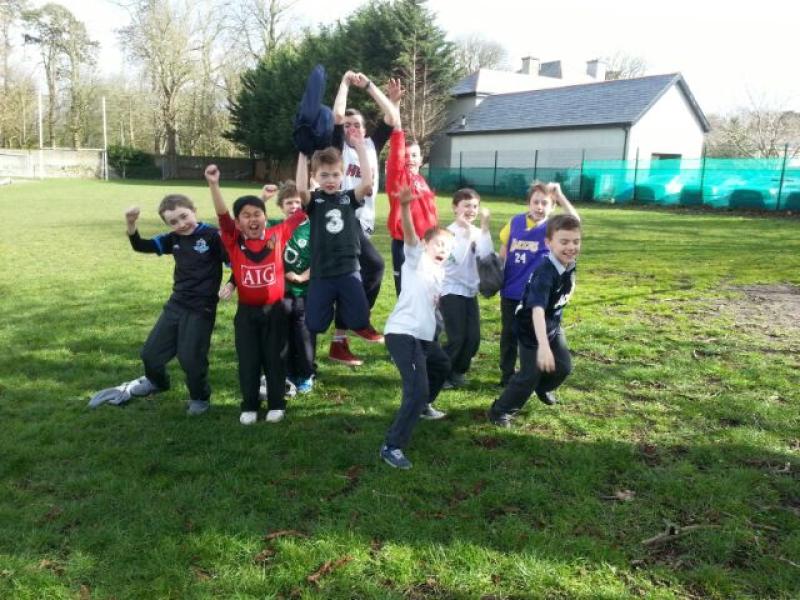 A Monasterevin National School is nominated for a national film award. St. Peter’s, Boys National School has been nominated for an award at the upcoming FÍS Film Festival for their film “ Saved All But One”. The Monasterevin School is among 23 other schools that have been chosen from over 100 entries received from all over the country. The event will be hosted by RTÉ’s Sinead Kennedy at the Helix, Dublin on Tuesday, 3 November.   “Saved All But one”, tells the story of Fr. Prendergast who was arrested and hanged outside Monastervin House in 1798 for practising his catholic faith in secret and breaking penal law in Ireland.   The FÍS Film Festival is a Department of Education and Skills initiative, which will see over 800 people attend on the day including 700 primary school children from all over the country, their teachers, parents and a variety of special guests.   To enter the festival, primary schools across the country were asked to devise a five minute long film on a subject of their choice. The film had to be produced by the children and their teachers and entries are judged on imagination and creativity, the originality of the story, excellence in set design, costume design, film direction and production as well as the use of sound, acting and cinematography. Those that use special techniques such as animation or special effects will be awarded extra points.   Awards will be made in a wide variety of categories including  comedy, acting, storytelling, adaptation, animation, special effects, direction, costume, editing, production, cinematography, sound, public safety, best Newcomer, best Junior Class production and historical adaptation, among others.   The FÍS methodology empowers teachers and children to explore the medium of film and digital media in the primary curriculum.  FÍS helps develop many different areas of the primary curriculum and in particular develops active learning, creative thinking, language, imagination, collaborative learning and problem solving skills as well as giving children hands-on experience of using technology as part of the film making process.   FÍS is an initiative of the Department of Education and Skills that is coordinated by PDST Technology in Education in collaboration with the Dún Laoghaire Institute of Art, Design and Technology (IADT).  It uniquely brings together 1st and 3rd level education as the primary school children produce the films and the MA in Broadcasting students from the National Film School at the Inst. of Art, Design & Technology who are wholly responsible for the broadcasting of the films at the National FÍS Festival in the Helix on 3 November 2015.
ADVERTISEMENT
Advertise with Us
ADVERTISEMENT
Advertise with Us