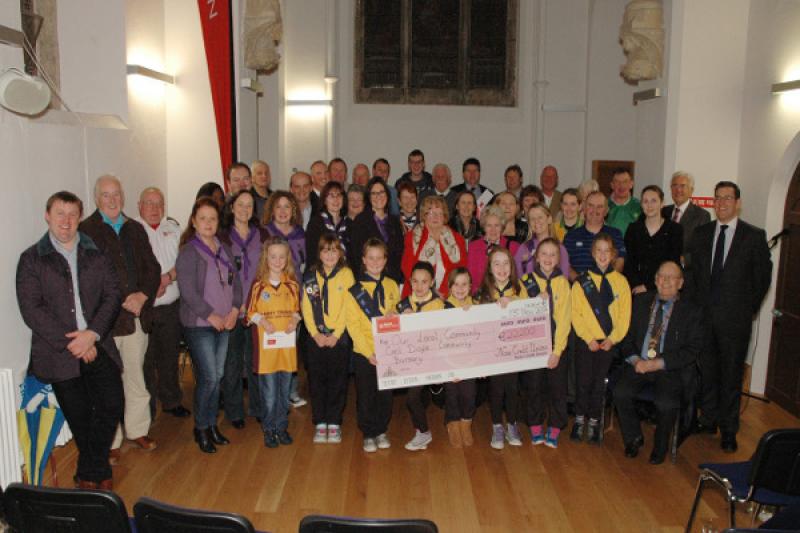 Above: Last year's recipients of the Bursary. Naas Credit Union has just launched its 2015 Cecil Doyle Naas Credit Union Community Bursary, which is aimed at benefiting local community groups and initiatives. The funding is available for community organisations or groups that operate on a not for profit basis, with the primary aim of community development. This year, the bursary has been increased to a total of €30,000 with a maximum of €5,000 being awarded to any one group. General Manager of Naas Credit Union Sean Murray said: “We are really excited to be running our community bursary again this year, which benefited 16 community groups last year. We are very much looking forward to receiving applications from a diverse range of community groups from throughout our Common Bond”. The Bursary is named after Cecil Doyle (86) who is the President of Naas Credit Union. He was the founding member of the  organisation and worked with Naas Credit Union for 42 years until his retirement. A native of  Naas, Co. Kildare, Cecil has been a keen community activist. Married to Kathleen, the couple  has 8 children and 18 grandchildren.

Grant applications are invited from community groups within the Common Bond of Naas Credit Union, which now extends to Newbridge and Maynooth.