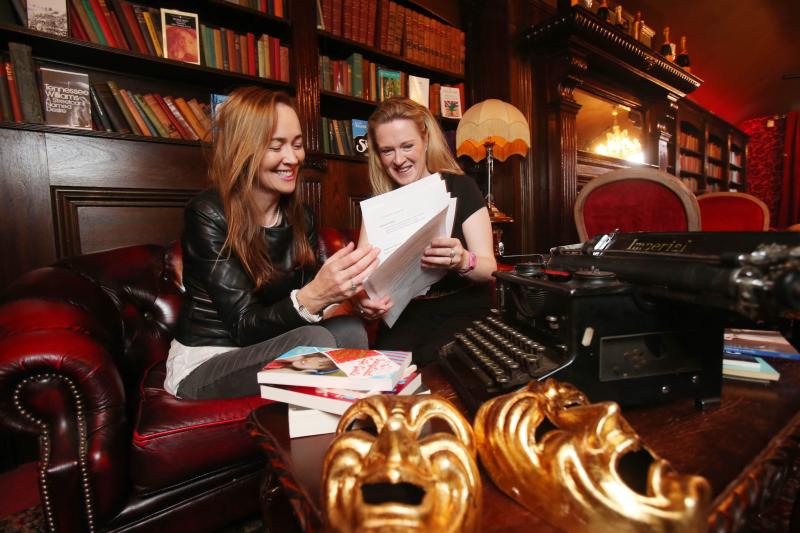 Bestselling author Sarah Webb and critically acclaimed playwright Marina Carr have been revealed as judges for the 2016 Bord Gáis Energy Student Theatre Awards and are calling on students from Kildare to get involved and enter the awards. The two new judges, both writers will be on the lookout for keen writing skills and attention to detail so if you dream of becoming a director, are an aspiring author, or budding critic from Kildare, this is you time to shine! Sarah and Marina will join actress and writer Amy Huberman on the expert panel with an additional judge set to be announced in early 2016.

This is the third year of the highly successful awards which were set up by Bord Gáis Energy to recognise and reward participation in drama in schools. The awards are open to primary school students from 3rd – 6th class and all secondary school students. There are 12 categories ranging from group categories such as best overall school musical, best overall school play and best set design to individual categories such as best short scene script, best dramatic critique and best performances in a leading role (male and female).

The best short scene script and dramatic critique categories give students the opportunity to show off their creative writing flair and have their work read by an expert panel. In the short scene script the judges are looking for originality, a strong theme, interesting characters and well thought out stage directions.

The best dramatic critique allows future theatre critics to hone their writing skills by reviewing any play, panto or show they have seen in the last year, whether that’s a national production or a local school play. The review should give the reader a short synopsis of the show, as well as cast an expert view on the overall production.

Commenting Sarah Webb said; “I am really excited to be involved in this year’s awards and judge the two written categories. This is a fantastic opportunity for aspiring writers and playwrights in schools around Ireland to show off their creative writing skills and receive recognition for their work. It’s great to see a focus on writing in this type of competition. Sometimes when we think about theatre, we think about the singing, dancing and acting but it’s always important to remember that behind any good play, TV programme or film is a fantastic script.”

Commenting Marina Carr said; “I started writing and getting interested in drama from a young age and I would have loved a platform like this to hone my writing and directing skills when I was at school. I am really looking forward to judging the best short scene script categories and I’ll be looking for something which is well written, has an interesting theme and makes the reader think. On the directing side, we’ll be looking for good casting, well-structured scenes and good use of costumes and props.”

Irene Gowing, communications manager, Bord Gáis Energy said: “The writing categories are a really important part of these awards and we were blown away by all the amazing scripts and reviews we received last year. When we set up these awards, we wanted to ensure that all aspects of drama were recognised and that students who prefer writing or behind the scenes tasks get the same recognition as the performing roles.”

The deadline for entries for this year’s competition is 5pm, Friday 29th January and the awards are taking submissions now! Shortlisted schools and students will be invited to a special awards ceremony at the Bord Gáis Energy Theatre on 5th May 2016. Winning schools will share a prize fund, and receive a commemorative trophy and plaque for their school.

To enter the awards, log on to bgesta.ie where you can download an entry form to go with your written submission. Completed entry forms should be sent to sta@bordgais.ie  or by post to Bord Gáis Energy Student Theatre Awards, Real Nation, Fumbally Court, Fumbally Lane, Dublin 8.