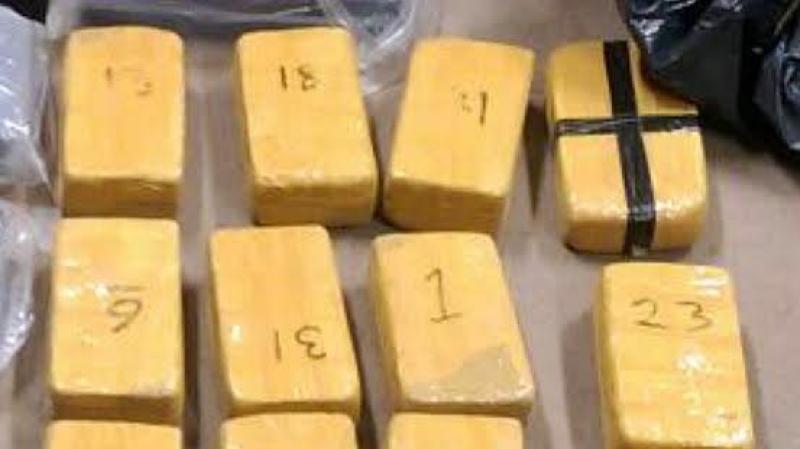 Some of the €3m haul of drugs seized in a car in Tallaght last week was on its way to Co Kildare, sources have claimed.
It's thought that batches of cocaine would have been re-packaged and distributed for the lucrative Christmas party season in the county.
Armed officers from the Garda Drugs and Organised Crime Bureau swooped on a vehicle carrying the drugs on the Greenhills Road on Thursday.
A source said: "This is the time of year when criminals are moving drug supplies to get into position for the big Christmas market.
"Christmas parties drive the demand for so-called 'white collar party drugs' such as cocaine.
"The cocaine found in Tallaght would be re-cut and divided into smaller packages and sold onto small-time dealers.
"The drugs would then find its way onto the streets of commuter towns like in Co Kildare - wherever the demand is."
As part of the operation, gardai also discovered four firearms including a powerful AK 47 assault rifle, two bolt-action rifles and a loaded pump-action shotgun along with silencers and telescope sights.
The weekend also saw cannabis with a street value of €300,000 and heroin, cocaine and cannabis with an estimated value of €880,000 seized in separate operations.
Last week cannabis and ecstasy tablets with a street value of €6,000 were seized in Naas after gardai put a suspicious car under surveillance.
ADVERTISEMENT
Advertise with Us
ADVERTISEMENT
Advertise with Us
ADVERTISEMENT
Advertise with Us
ADVERTISEMENT
Advertise with Us