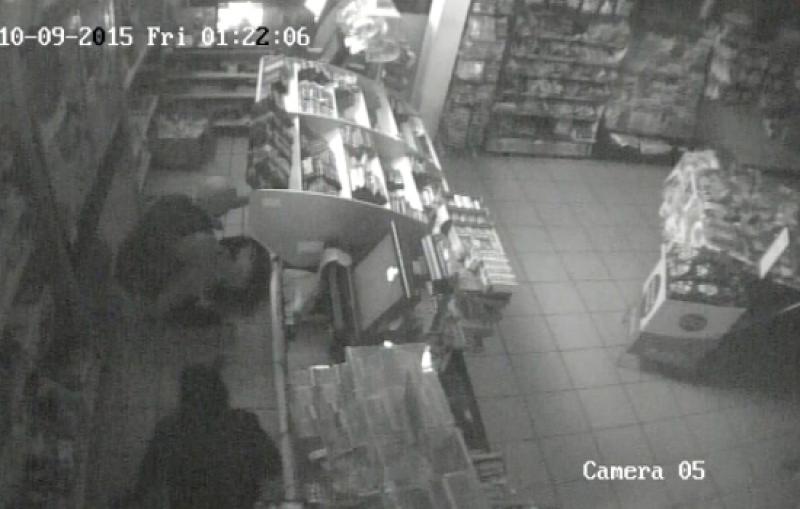 An Eastern European gang currently roaming the country targeted a Castledermot fuel station in the past. CCTV images on independent.ie today show members of the notorious mob as they hit the same supermarket in Leighlinbridge, Co Carlow for the third time in less than three months. The gang are suspected of being behind a nationwide crime spree that has netted them hundreds of thousands of euro in stolen cash and cigarettes. In the CCTV images from the By Pass Stores in Leighlinbridge at 1am on October 9 last, they are seen breaking through the roof of the shop. The two raiders entered the premises through an inner wall of the building and crawled on the ground to successfully prevent the security alarm monitor activating. One of the raiders was armed with an axe and they quickly got to work, spending a number of minutes attempting to break into a machine which held cigarettes and cigars before empyting the loot into a black bag and fleeingg. During the summer, the gang targeted service stations in Ballon and Hacketstown, Co Carlow, as well as in Goresbridge, Co Kilkenny and Castledermot, Co Kildare.
ADVERTISEMENT
Advertise with Us
ADVERTISEMENT
Advertise with Us
ADVERTISEMENT
Advertise with Us
ADVERTISEMENT
Advertise with Us