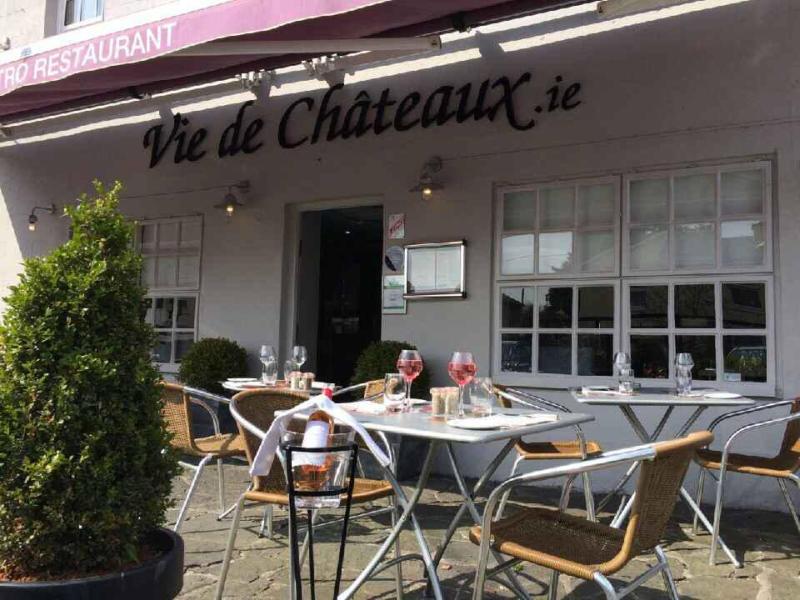 A Co Kildare waitress was dragged from the bathroom by raiders last night and threatened with a knife. At approximately 11.20p.m., two males, wearing balaclavas and gloves,  entered the Vie de Chateaux restaurant at The Harbour, Naas. There were two females working there clearing up after a busy day. One managed to flee to a bathroom and lock herself in there, while the other ran out a back door. The men dragged the female from the bathroom and forced her to lie on the ground, while threatening her with a knife. They demanded to know where the money was and proceeded to go through a staff bag. One man is believed to have been holding a fake firearm. Meanwhile, the other colleaque managed to get assistance, the two men fled with nothing. They have been described as having local accents. The man holding the knife is believed to have had a blond or brown moustache and was about 5''9 or 5''10 and of 'stocky' build. He was wearing a jacket and khaki trousers with black footwear. A description of the other man has been given of being 5''8, 'stocky build' and wearing a dark jacket. The women did not suffer any injuries but are very traumatised.
ADVERTISEMENT
Advertise with Us
ADVERTISEMENT
Advertise with Us
ADVERTISEMENT
Advertise with Us
ADVERTISEMENT
Advertise with Us