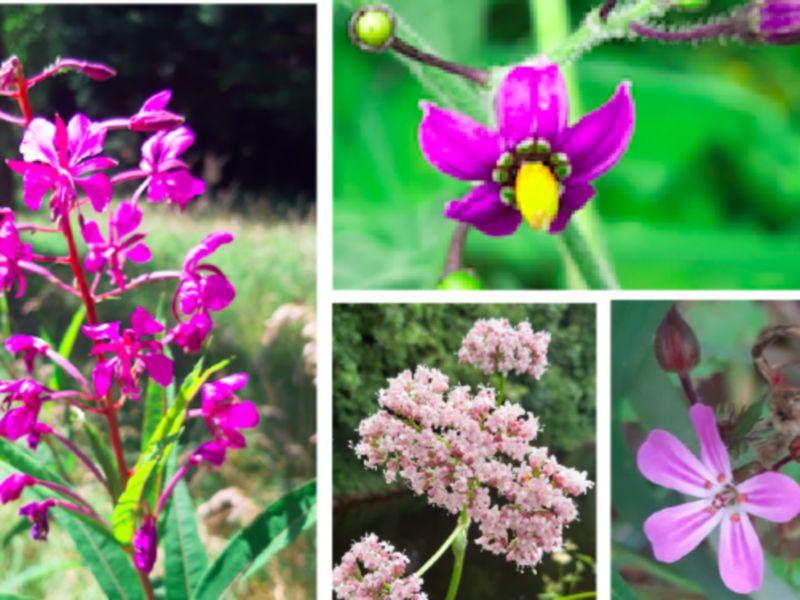 Some of the wildflowers snapped

A few weeks ago, I wrote about a wildflower survey I was undertaking along the banks of the River Slate in Rathangan. Now that the survey work is complete, I decided to share some of the findings.

At first glance, when we look at our local area, grasses, including Yorskhire fog (féar an chinn bháin) and Cocksfoot (Garbhfhéar) are often dominant. However, if you were to take a closer look, you will discover what I have — that our communities are filled with a variety of wildflowers.

This survey only focused on a 1.12km stretch of the River Slate and the summer months, so by no means should the survey findings be read as a complete list of wildlfowers along the river in Rathangan.

For example, Lesser Celandine is a spring flowering plant and, due to the time of year of this survey, it was not identified — however, this does not mean that it is not present in Rathangan.

Over 55 different wildflowers were identified during the survey. The images pictured right, accompanying this piece, include Rosebay Willowherb (Lus na tine), Bittersweet (Fuath dubh), Common Valerian (Caorthann corraigh) and Herb Robert (Ruithéal rí). While many of the wildflowers identified were native, a number of introduced species including Feverfew (Lus deartán) and Montbrecia (Fealeastram dearg) were also recorded. These are typical garden escapees and, due to the location of the survey, it was not surprising to identify a number of introduced species.

A very positive finding was that none of those introduced species are considered invasive to Ireland — however, just outside the study area one invasive species was recorded, Traveller’s Joy (Gabhrán).

This is considered as having a risk of medium impact to our native plants and should be reported to Invasive Species Ireland. Due to the risk this species poses it should not be disturbed at this time.

This wildflower survey was compleyed in partnership with Rathangan Tidy Towns and made possible by the Local Authority Waters Programme Fund 2021.

If you would like help identifying local wildlife or indeed to share your images of local wildlife encountered to be used in a future Wildlife Watch, contact me on 045 860133 or email bogs@ipcc.ie.