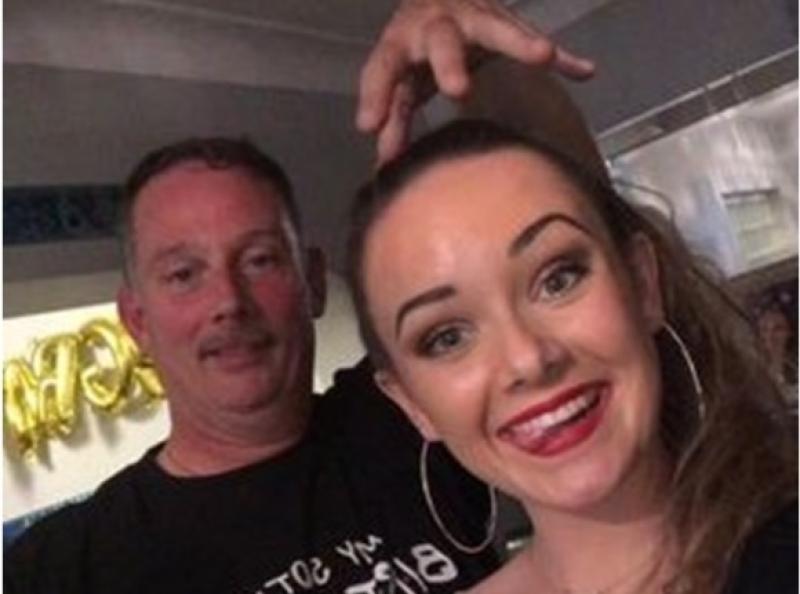 Colm and Gillian will take on their skydive tomorrow morning

A Kildare uncle and niece will leap from an aeroplane in the skies over Clonbullogue early this Saturday morning - all in aid of a great cause.

Gillian Daly from Straffan and her uncle Colm Carey from Newbridge have so far raised over €40,000 for Our Lady’s Hospice, Harold’s Cross. They are taking the plunge in memory of Colm’s mother Bridget, late of Inchicore, who sadly passed away in April of last year.

The intrepid duo have been planning their fundraising parachute jump for well over a year - a feat made all the more impressive by the fact that Colm has a phobia of heights, according to his niece.

Gillian said that they wanted to raise the money to pay tribute to the hospice’s palliative team, whose care services enabled the family to keep Bridget at home and out of hospital in her final days, which were during the early stages of the Covid-19 pandemic.

Covid-19 restrictions have meant that they have had to put off the jump several times already - but this means that they have managed to raise an enormous sum for the hospice.

“We started planning around this time last year,” said Gillian. “We ran raffles on Facebook, and got a lot of sponsorship from local companies, ran a raffle for a Christmas hamper and bought some football memorabilia to raffle, and it took off.”

It will be the first parachute jump for both Colm and Gillian - who volunteered her uncle for the leap without telling him first! “I’d do anything, I’ve no fear - but Colm found out via the Facebook post that I put up that he was booked in to do one at the same time as me!”

The cheque for the total raised will be presented to a representative from the hospice services at the Clonbullogue airfield tomorrow morning - but the link is still live for final donations, and can be accessed HERE.

Gillian thanked all who contributed to or sponsored the fundraiser, and also paid tribute to the palliative care team at the hospice for their kindness.

“We are proud to be able to do something in nanny’s memory,” she said.

“She was the most loving and giving person that ever graced the planet. She was all about what she could do for others and nothing was too much trouble for her. She was very independent, and we are proud to give back to the hospice on her behalf, she would like to think that she could help them.”