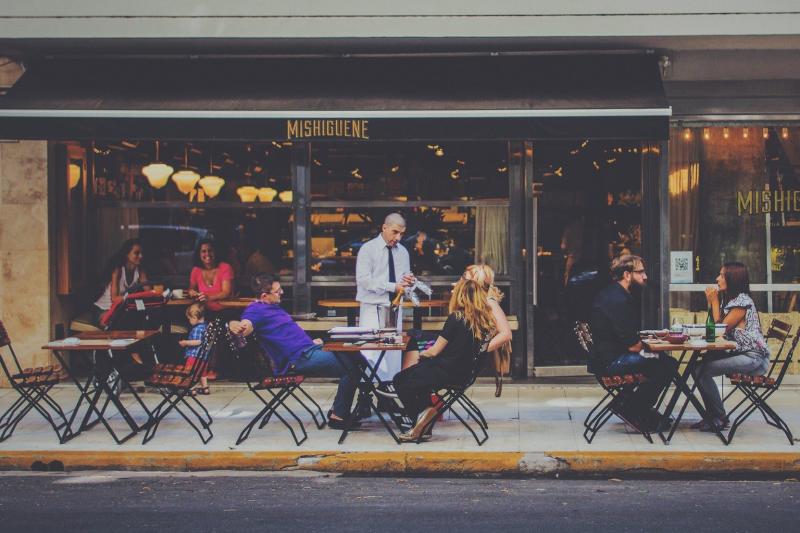 Minister for Tourism Catherine Martin TD, in association with Fáilte Ireland, have today announced the locations of 38 permanent Outdoor Dining facilities to be developed across 19 counties.

Fáilte Ireland’s Outdoor Dining Enhancement Scheme (ODES) opened for applications back in March and comprises two parts, with the most recent announcement relating to Part II of the Scheme.

Kildare County Council have received €187,275 as part of the ODES.

The funds will be allocated to outdoor dining facilities on the Main Street of Naas.

High-tech interactive centre opens to the public this Thursday

In total, almost €9 million has been allocated to a plethora of county councils, including those in Dublin, Cork, Clare, Wexford and Waterford.

Dublin City Council received the highest amount of funds, with a total of €1,349,193 being allocated to outside dining facilities in the capital, although Cork City and County Councils received the most when combined together, with €1,746,415 in funds.

Speaking on the news, Minister Martin said: "I am pleased to announce the locations of 38 new outdoor dining facilities to be developed around Ireland."

"The aim of this Scheme is to support tourism and hospitality jobs and help businesses develop new ways of catering for domestic and international tourists outdoors. Access to outdoor dining facilities will continue to be a key part of industry recovery as we look forward to 2022 and beyond."

The CEO of Fáilte Ireland, Paul Kelly, also commented on the news by saying: "This Scheme supports resilience and survival in the short term and the recovery of the tourism sector in the long-term."

He added that outdoor dining and hospitality will now be a permanent feature of Fáilte Ireland's hospitality offering, and that businesses need to be supported in order to facilitate this for longer periods throughout the year.

"We have already seen the success of the first part of this Scheme, which provides individual businesses up to €4,000 towards the cost of outdoor seating," he explained.

Moira Murrell, Chair of the CCMA Rural Development, Community, Tourism, Culture and Heritage (RCTCH) Committee, also chimed in on the recent announcement: "The implementation of the Local Authority Weatherproofing and Outdoor Dining Enhancement scheme will be hugely beneficial for towns and cities around Ireland, enhancing infrastructure and allowing local hospitality businesses to adapt and develop their offering."

"We look forward to working with Fáilte Ireland on the completion of this scheme."

Fáilte Ireland acts as the National Tourism Development Authority for the country.

Its mission is to support the long-term sustainable growth in the economic, social, cultural and environmental contribution of tourism to Ireland.

According to the group, pre-coronavirus, the sector generated revenue of €7.5billion annually and supported 260,000 jobs nationwide while contributing a total of €1.7 billion to the Exchequer.