Financial advice: Do you have too much cash? 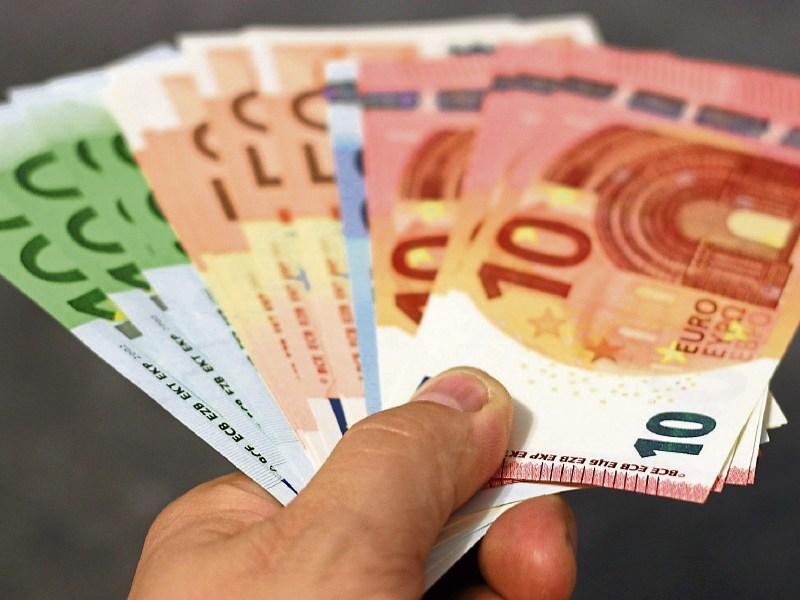 THE personal savings rate in Ireland is about 31%, which means on average, nearly a third of our gross disposable income is going unspent.

Because of Covid there was a slowdown in consumer spending, so much so that deposits have swollen to record amounts, with in excess of €130bn now sitting in deposit accounts.

I also understand that not everyone is sitting on mountains of cash either, but I am coming across a lot of people who have way too much deposited in cash accounts relative to their particular situation.

And it may sound a bit odd and contradictory when I say to them, that too much cash is bad for their wealth.

When it comes to financial security, there’s no better feeling knowing that if an event like Covid ever happened again or you suffered a redundancy or illness which created an income shock, you have an emergency fund locked down and in place that will bridge any deficit for a period of time.

In circumstances like this, cash is king, but when you continue to stockpile cash long after you’ve reached your emergency fund number, that’s when it begins to hurt you financially.

Excess savings sitting in accounts earning negative returns mean the purchasing power of those savings are going down in value, and whilst that may not hurt your finances much in the short term, it’s the opportunity lost in not investing in accounts that are producing much better returns that will.

The opportunity cost for one client of mine who had €30,000 sitting in a deposit account, that had no reason to be there, was €8,679 over just one year.

I had a zoom call with her back in February and she told me she had savings of c. €70,000 sitting in a deposit account earning 0.01%. But when you factor in DIRT tax and inflation, her actual return was -0.733%.

Anyway, she knew she was cash heavy, but was unsure how much of the €70,000 she should divide up and what number should be assigned to her emergency fund and what could be set aside for investment and so on.

So, what I suggested to her was very similar to what is primarily used when it comes to pension planning in retirement, and it’s known as The Bucket Strategy. I thought the concept is such a great one, it should be adapted and used when it comes to dividing up the amounts people have accumulated in cash.

n When you need the money

n How long you want it to last for, and

n How much you need or can set aside

When we applied this logic, the strategy for her looked something like this:

We looked at what deficit would exist if there was a loss of income, and we focused on the cost of funding those priority expenses that must be covered and paid. And we discovered that monthly cost was €4,000.

We were happy that having 6 months of those expenses in an account dedicated for this eventuality was enough.

So, she set up a separate account, called it her emergency fund and transferred €24,000 into it. Next up was,

Purpose: Known, once off expenses, incurred in the next 12/24 months

This is an account you set funds aside for large once off expenses you know you’re going to incur in the next 24 months.

The women I met was planning on changing her car next year and whilst she didn’t know exactly what car she was going to buy, €16,000 was a good number to ring fence from her savings.

But rather than leaving this amount sitting in a deposit account, she moved it to a fixed notice account for 18 months, earning 0.25%. It’s still a terrible return but at least it was 25 times better than leaving it where it was.

Now more than ever, you need to be invested in equity-based accounts, you just have to.

Contrast them to the 0.01% she was making by holding excess savings in cash.

And even if the equity returns dropped in value by c. 90% from what they made last year, they’d still be 458% more than what she’d get if she left her money languishing in a deposit account.

Whatever way you want to present it, the difference is staggering, and the reason I said from the outset, why holding too much cash is bad for your finances.

One of the long-term financial effects, Covid could leave on people, is a fear that something like this could happen again, so people begin to hoard money and whilst there isn’t anything wrong with that, it’s where they leave this money accrue that’s the problem. And that’s in cash accounts that are earning nothing. Let me repeat again, those accounts are fine for your emergency fund, but once you’ve past that amount, you really need to consider other accounts that will yield higher returns.

And perhaps not everyone will have enough in savings to fill three buckets.

They may not have enough to fill even one, and that’s okay as well because if you follow this very simple strategy, it will prevent you from using money that’s being invested but should really be assigned to your emergency fund or leaving money in an emergency fund that should be set aside for investment.

So, you really need to know your numbers and the difficulty I find with people, is that they have one, maybe two accounts and the amount they’ve accumulated is used for everything i.e. emergency fund, investment and once off expenses.

And this is one of the reasons people are not optimising their finances. They may have spare cash that could be used towards investment, but it’s getting lumped in with emergency funds and once off expenses and it stays there and earns nothing.

Having a dedicated amount for specific purposes makes things much easier because you know, you have the optimum amount in place for each purpose and you know you’re not affecting other areas, either.

And using the Bucket Strategy will help. It’s not time consuming to set up, but I assure you, it will be time well spent.

Liam Croke is MD of Harmonics Financial Ltd, based in Plassey. He can be contacted at liam@harmonics.ie or www.harmonics.ie