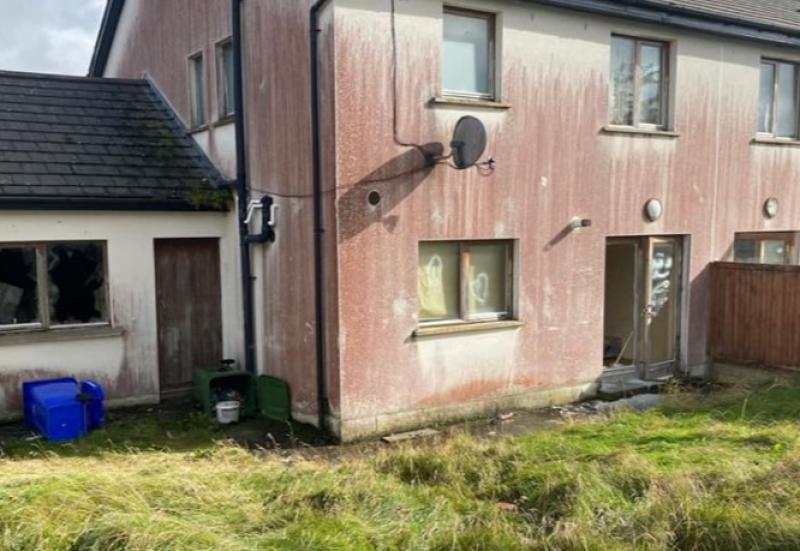 Residents at a housing estate in Newbridge have expressed concerns over a vacant house which has been described as being "a fire hazard."

Ms Maher said: "To all County Councillors, I am a member of Roseberry Hill Residents Association and we are all very concerned in respect of this house which has been abandoned over a number of years and has now become a fire hazard.

"We have genuine concerns for the safety of teenagers who have full access to the house and there has already been a fire set in the garden."

She added: "We have a genuine concern also for the adjoining house and houses and the safety of a number of young families."

"This is no longer a property issue but a major risk to public safety; we would welcome your help on this urgent matter," she concluded.

In addition, one commenter, named Oonagh Noone, alleged that she called the Gardaí in Newbridge but was told by them: "We can't do anything and certainly wont be boarding up anything doors!"

Social Democrats Cllr Chris Pender commented on the post by saying that he has been engaging with Gardaí and the Council in relation to it, but said that "it is proving difficult to ascertain any kind of ownership which is where the hold up is."

In response to these claims, KCC told The Leinster Leader: "Kildare County Council cannot comment on individual incidents or complaints."

"If a person wishes to raise and issue or make a complaint to Kildare County Council they can do so via telephone to customer services or by email customerservices@ kildarecoco.ie and matters will be subsequently investigated."