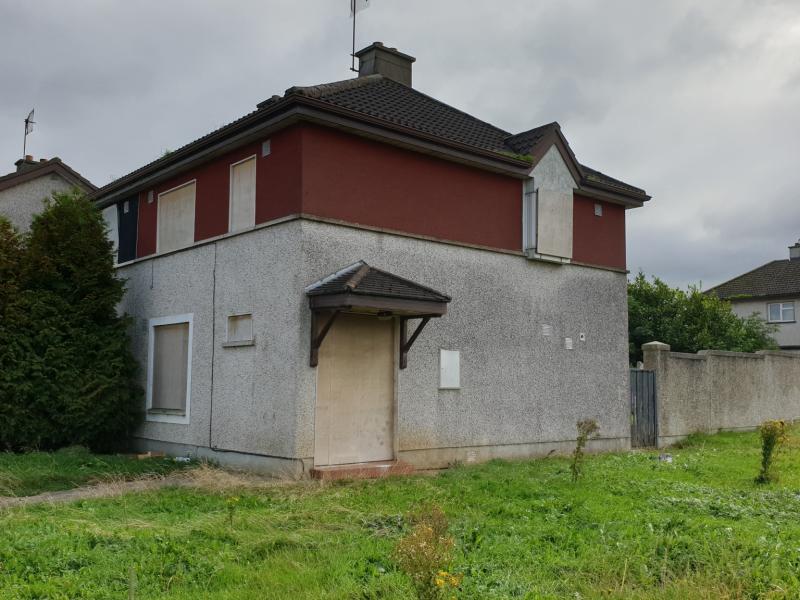 A Senator in Kildare has urged the government to swiftly tackle the issue of vacant houses in the county.

He specifically sought an urgent debate with the Minister for Housing, Darragh O' Brien, on the issue.

Senator Wall commented: "I am getting many calls from desperate families who simply cannot get any accommodation in the overcrowded or non-existent rental market."

"Those people are, in desperation, turning to local authorities for any form of assistance for themselves and their families."

He continued: "One of the biggest frustrations they have, however, relates to vacant properties in the estates in which they are currently living and where their leases are finishing up.

They are also being told by families and friends of other vacant properties in other estates throughout the area.

World-renowned Irish historical figure to be commemorated by Maynooth University

"At this stage, I am aware of a growing list of over 20 vacant properties in the area where I live; It would seem to me that each town and village in south Kildare has a large number of vacant homes, some of which have been lying empty for up to five years."

Senator Wall added that he has since contacted his local authority about this growing list and will continue to get a growing number of different answers, with him claiming that  the authority "does not have the personnel to carry out those surveys, funding issues and that some of these properties are not in its ownership."

He explained: "The real answer, of course, is that we are in the biggest housing crisis we have ever faced and none of the previous answers, or any other answer, can be accepted as to why these houses are not occupied in the quickest possible time by desperate families who are running out of time. "

"The Government must ensure that our local authorities can hire the personnel required to carry out inspections and agree a programme of works as needed and, as importantly, hold onto these people."

He elaborated: "Short-term contracts for these personnel are simply not good enough; funding is needed to turn these vacant homes back into family homes as quickly as possible.

Senator Wall echoed similar sentiments expressed by Sinn Féin TD Réada Cronin, who criticised the presence of 10 vacant homes in Prosperous three weeks ago: "It is not good enough that regular maintenance budgets have now stopped in some local authorities because the funding must be sought from these maintenance budgets to carry out the voids project: it is simply not good enough."

"We must find out who owns these other properties that lie vacant for so long. My own local authority indicates that the compulsory purchase order process is too restrictive, takes far too long and is simply ineffective."

Commenting after raising the issue, Senator Wall doubled down on his statement, saying: "These vacant houses need urgent Government Action, I’m calling on the Minister for housing to immediately provide the staff by way of permanent contract’s and the necessary funding so as it does not efffctively stop the much needed maintenance budget which Is happening within many local authorities where there is an isdue with vacant houses."

Recently, Senator Mark Wall also publicly welcomed the appointment by the Minister for Defence, Simon Coveney, of a Confidential Contact Person (CCP) to help former and serving members of the Defence Forces who make allegations of bullying, harassment, sexual harassment or discrimination.

Kildare based firm wants to extend its cafeteria for workers