'Whoever is doing it knows they can get away with it:' Political party rep hits out at illegal dumping at Kildare site 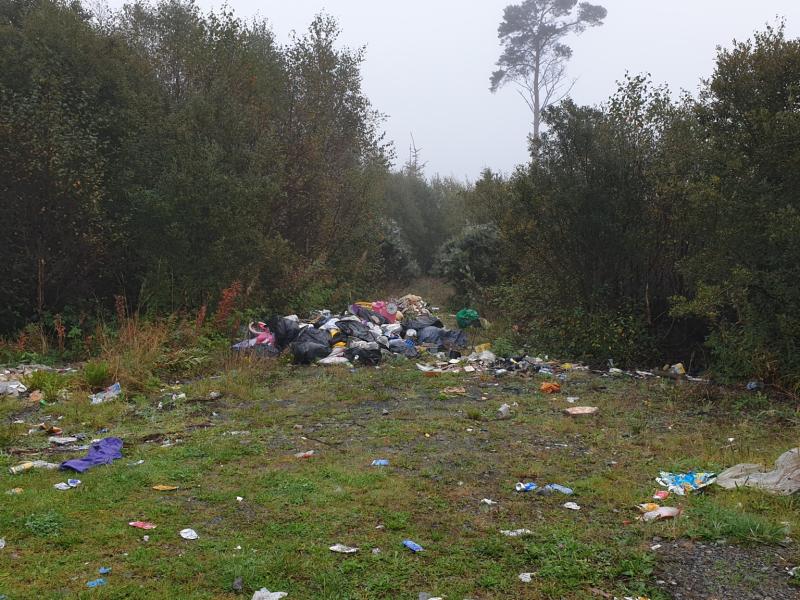 A Political party rep from Kildare has expressed their frustration over the presence of illegal dumping in a well-known town within the county.

People Before Profit's Paul Mahon has called on Kildare County Council (KCC) and sustainable forestry organisation Coillte to solve the issue of illegal dumping on land, which is managed by the latter group, in Carbury.

Mr Mahon said in a statement: "This issue arises again and again despite the council cleaning up the waste, a few weeks later it’s back again and from the photos you can see it’s not a small amount of waste."

He also claimed that KCC has said that it is reluctant to use CCTV footage to identify the person or people responsible because of General Data Protection Regulation (GDPR) regulations.

"The land in question is a small parcel of land on the bog road between Derrinturn and Ticknevin villages which is covered in a variety of scrub and trees and also has an access road to a mobile phone mast on the site," he explained.

"Cleaning up the site and fixing the locks on the gate are not working as a deterrent to the people using the site as a dump so there needs to be another answer to the problem."

Mr Mahon continued: "(Illegal) dumping is happening here because it can; the site can be easily accessed and it is quite secluded so whoever is doing it knows they can get away with it.

"Enquiries have been made with both the Council and Coillte to see if the land could be given to the community to work with the council to turn it into a local park/public amenity.

"Making the site a visible place that the community uses would go someway to deterring the dumping."

He concluded by saying that, in the short term,  longer term plans need to be researched in order to properly address the issue of illegal dumping.

Last week, Mr Mahon made headlines after he urged the Irish govt to defer its upcoming carbon tax.