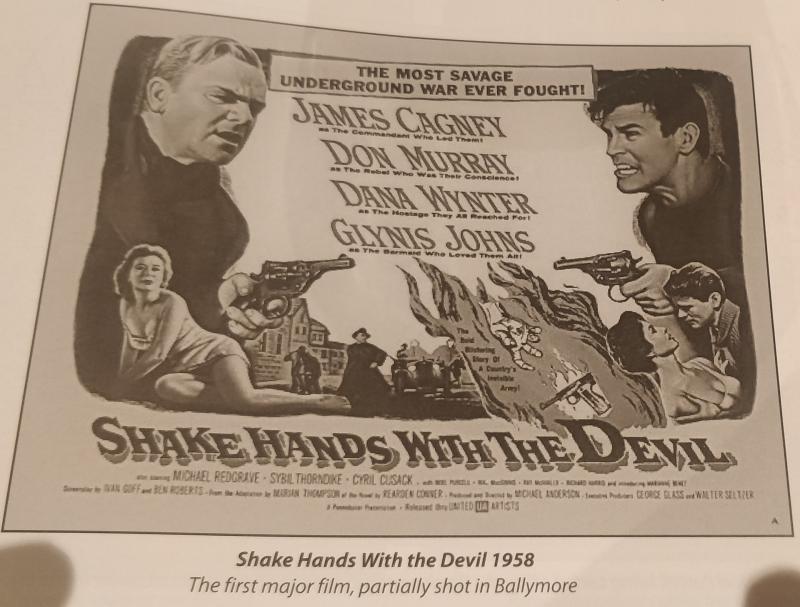 A second book by Ballymore Eustace History Society will be launched on Friday next, October 22 and Saturday, October 23.

A sequel of sorts to the society's very successful publication "Ballymore Eustace: Portrait of a Village" (2009), Mario Corrigan, Senior Executive Librarian with Kildare County Council and renowned author of several history books on Kildare, will launch the new publication.

"We will be launching and selling books at €20 each on Friday and Saturday from 5-9pm at the local Resource Centre," said CJ Darby, editor and one of the driving forces behind the publication.

This book runs from a 'pre-history' period, through medieval times to the 18th century; through the rebellion of 1798 through the torturous years of Catholic Emancipation, the Tithe Wars and the Repeal Movement in response to the harsh oppressive laws inflicted on Irish people. Indeed, there's even a piece on the famous Daniel O'Connell in Ballymore Eustace. And with reference to the visit of the famous Irish emancipator, the Wolfe Tone Brass & Reed Band gets a special mention, as it does in most of the passages on significant events in the village.

As we gradually emerge from the insidious constraints (and dangers) of the Covid-19 pandemic, there are several sections in this book we can resonate with.

Firstly, the cruellest passage in Irish history, The 'Great Famine’. As Kildare had a grain-based pasturage and tillage economy - with only 12% of the land under potatoes - Ballymore Eustace escaped the worst effects of the famine. However, starving migrants trying to escape the worst hit areas carried diseases such as typhus, fever and cholera which spread like wildfire in 1948.

In total, 137 families were evicted between 1841 and 1864, with approximately, 685 people left homeless and without a hope of shelter, employment or sustenance.  Rev James Rickard’s impeccable record of evictions cites the full listing of families evicted and the impact the famine took on our small rural community.

However, the devastating legacy of the Great Famine cannot be fully appreciated until one looks at the population decline in Ireland from 1841 up to 1911. The famine years saw emigration become the choice, often the only option, for many Irish people.

‘Flu deaths’ in Ballymore recorded three members of the Treacy family, boys aged 4, 14 and 17 years and listed as ‘Son of Labourer’. Similarly, three of the Keely family succumbed to pneumonia, the results of the influenza. Most victims were aged only from the late teens into the mid-thirties.  One significant person who died during the epidemic was noted by Seamus O’ Brien – Richard Hines, a renowned musician who aided the revival of the Wolfe Tone Brass & Reed Band in 1911. He was also a talented painter and it is his watercolour of Poulaphouca Waterfall that graces the back cover page of this publication.

It interestingly continues along the Land War and local political activities, the War of Independence and Civil War - you will find the names of families who partook in local raids and rebellious actions, military leaders, members of Cumann na mBan, etc.

Aside from these major passages in our national and local history, there are pages on a few murders, along with overviews on employment and local traders in the area, entertainment, and a large section of photographs dating from 1890 to 1972.

One total surprise to me was a brief on the passing of Sarah Roberts in 1901, who reputedly lived to be 113 years of age,  and described as being “able to attend to her household duties” up to the time of her death.

Wonderful photographic coverage from ‘Shake Hands with the Devil’, partially shot in Ballymore Eustace and starring James Cagney, Noel Winters, Don Murray and Dana Wynter. The War of Independence was described on posterboards as “The most savage underground war ever fought!”

Price: €20 - a gift to yourself and one for ex Pats, launching on Friday 22 October and Saturday 23 October at the Resource Centre, Ballymore Eustace from 5-9pm.