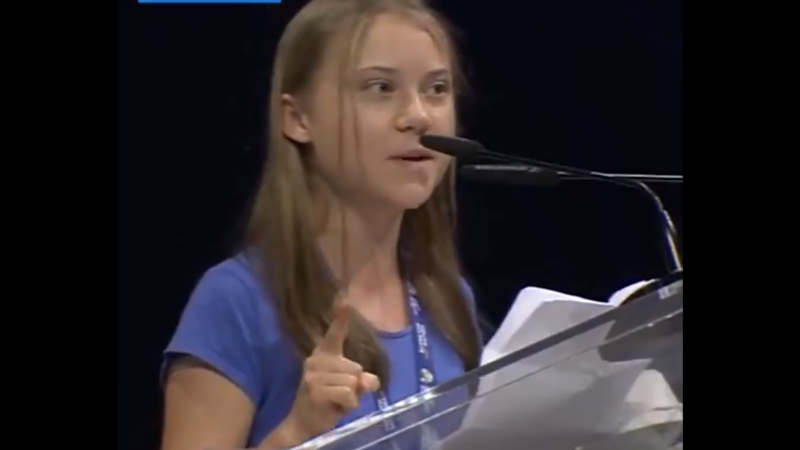 The Kildare branch of the Green Party (GP) has pointed to Greta Thunberg as a positive example of youth activism.

A Councillor for the party, Maynooth politician Peter Hamilton, made the comment after the party viewed a report from last week found that 84 per cent of children in the county expressed concerns over climate change.

Cllr Hamilton, who is the branch's Chairperson, said: "For some time, children and young people have been ahead of adults on this issue.".

"One of the most effective climate activists in the world today is Greta Thunberg, who since she was just 15 years old, has been breaking world leaders out of their slumber on climate action."

"Young people like Greta, and those speaking through this survey, are key to our ability to solve the climate crisis," he added.

In a recent public statement, the party said: "Kildare Greens acknowledge, but are not surprised by, the wisdom and intuition of young people shown in a recent survey, which reveals that 84 per cent of children in Kildare are worried about climate change."

Another GP Cllr for Celbridge, Vanessa Liston, also commented on the findings, saying that the GP want to assure all young people that even though the climate is changing, it also provides a huge opportunity for really getting things right.

She explained: "Never before have children, adults, societies and governments around the world joined together around a common cause - to respect our planet and each other, to restore our natural world and to change the way we live our lives for the better... When we work together on something hard, we can really change the world in many new and different ways. "

"And there is good news - already this year in Ireland we have passed a really important Climate Law."

Cllr Liston continued: "This law sets a path to reduce carbon and ensure that Ireland will be a safer, cleaner, greener place for you to grow up and be happy in.

"The changes that are happening now are changing Ireland and will change your future for the better."

Cllr Colm Kenny from Naas added that that the party encourages children to keep talking to every adult in their life about how strongly they feel about climate change:  "In the past we have been proud to support local activity such as School Strike for Climate and the No Planet B Club.

"We urge children to continue building connections with nature and the world around them, through programmes such as An Taisce’s Green Schools.

"Learning about wildlife and their local environment can help both with the concerns they might be feeling, but also remind them, and those around them, of this beautiful earth and country we are working to protect," he concluded.

In related GP news, Senator Vincent P. Martin recently introduced a Bill to the Seanad calling for the protection of the native Irish honey bee.