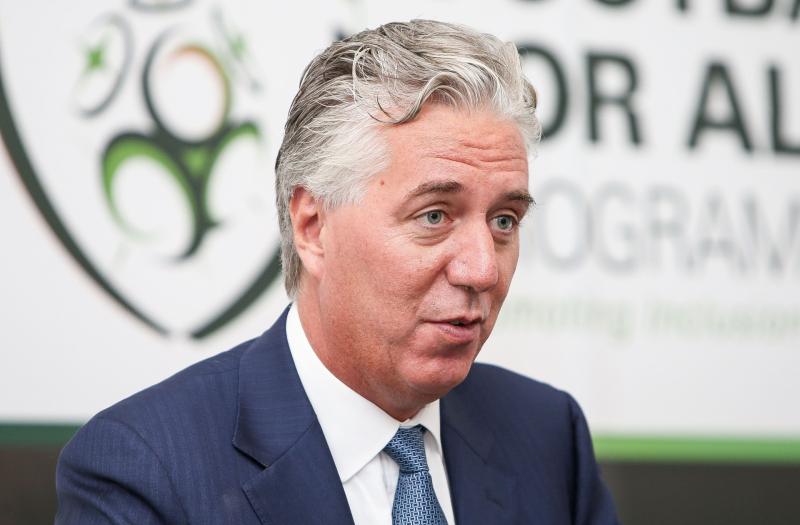 John Delaney has failed to comply with a court order to provide the Office of the Director of Corporate Enforcement with certain details about legal actions involving the FAI's former CEO, a High Court judge has said.

Mr Delaney's lawyers dispute this and argued before the court that he has complied with the order as much as he possible can.

At the High Court on Friday, Ms Justice Leonie Reynolds said that as far as she was concerned Mr Delaney had not complied with last month's order to provide the ODCE with the information it sought regarding litigation involving the former FAI CEO.

While the judge voiced her displeasure over the non-compliance, the court was prepared to give Mr Delaney more time to comply and adjourned the matter to a date next month.

The ODCE has sought the information as part of its review into recommendations that some 1,100 documents, relating Mr Delaney, seized by the corporate watchdog are covered by Legal Professional Privilege (LPP).

The recommendations were contained in a review by independent lawyers to help establish how many of some 280,000 documents, seized in February 2020, are covered by LPP.

Any documents deemed covered by LPP cannot be used by the ODCE as part of its ongoing criminal investigation into certain matters at the FAI.

Mr Delaney claims that the documents contained certain legal advice given to him regarding litigation that occurred during the many years he was with the Association, and therefore are covered by LPP.

The ODCE, which does not know what is contained in the documents, claims that LPP may not apply to many of these documents.

In a sworn statement to the court Mr Delaney said despite their best efforts he and his lawyers to conduct a review of documents, held by the ODCE, he has not had sufficient time to provide the court with the information it requires.

He also claims that the requires copies of certain documents from the ODCE to fully comply with the order.

However, he and his legal team have not been able to obtain due to factions including time constraints, and a refusal by the ODCE to provide him with such copies.

The failure to get these copies have made it impossible to make meaningful submissions to the court so it can assess what documents are covered by LLP, he added.

It was his intention to apply to the court for a direction that he be provided with the copies of these documents.

Mr Delaney also criticised the ODCE and said he could not understand its dogmatic refusal to engage with his lawyers and help to expedite the process.

Mr Delaney also rejected claims by the ODCE that he was delaying the process.

That allegation against him, he said, could "not be taken seriously" in the context where the ODCE "has been guilty of culpable delay."

Paul McGarry SC, for Mr Delaney disputed that Mr Delaney had not complied with the court's order, adding it had been difficult for his client to provide the information sought by the director.

Some of the material regarding litigation involving Mr Delaney is being held by other solicitors, and his client has not been able to obtain it, counsel added.

Kerida Naidoo SC for the ODCE said as far as it was concerned Mr Delaney had not complied with the order, and it was now asking the court to fix a hearing date early next year so that all issues relating to LLP could be considered.

The ODCE remains sceptical about assertions that 1,100 documents relating to Mr Delaney are covered by LPP.

In a sworn statement to the court the ODCE, said that Mr Delaney has not been given the details the court directed him to provide about legal proceedings he is involved in.

The court heard that LPP is asserted by Mr Delaney in relation to approximately 900 items of documentation generated from legal actions he had been involved in.

However, the ODCE says Mr Delaney does not identify specific litigation to it, but rather provides "completely generic terms" including defamation/reputation, shareholder dispute, and property advice.

This it claims amounts to a failure to comply with the court's order.

The ODCE said while it has refused to provide copies of certain documents to Mr Delaney, his representatives have been given plenty of supervised access to materials where LPP is claimed and to take notes.

In addition, the ODCE says it is not prepared to hand over copies of material, that potentially may be used as evidence, to Mr Delaney.

To do that would have far reaching consequences beyond the parameters of this investigation, the ODCE said, adding that all times it has sought to expedite matters.

Ms Justice Leonie Reynolds said that she wanted the order complied with before the matter progressed any further and was not prepared to fix a hearing date for the case to be heard.

She said she agreed with the ODCE that Mr Delaney had not identified specific litigation and have given vague descriptions that lacked specificity.

The judge said that a process that commenced two years ago was now "going around in circles".

The judge said she was adjourning the matter to a date in December to allow Mr Delaney to comply with the court's order.

The material at the centre of the dispute between the ODCE and Mr Delaney was taken as part of 280,000 documents covering a 17-year period, seized from the FAI's offices in February 2020.

The ODCE wants to use the material as part of its ongoing criminal probe.

However, both the FAI and Mr Delaney claimed that some of the material cannot be used as it is covered by LLP.

Following the implementation of an examination strategy, and a review by two independent barristers recommended that approximately 1,000 documents relating to the FAI are covered by LLP.

The barristers also made recommendations regarding documents relating to Mr Delaney are covered by LLP.