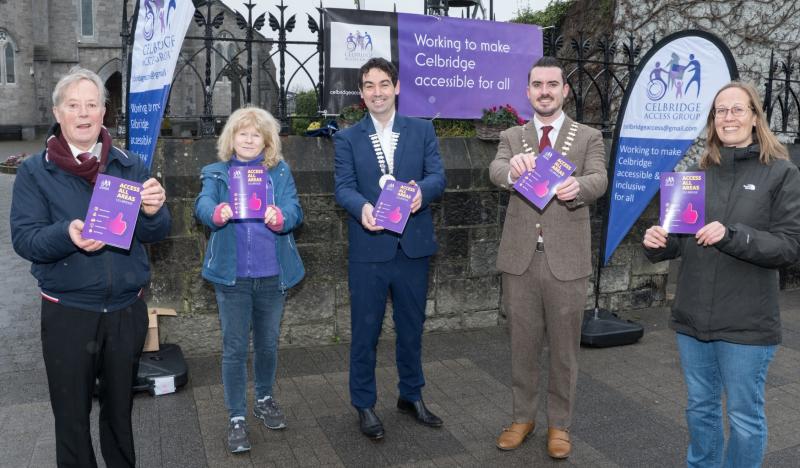 KDW 2021 will involve schedule of events which will run until Friday December 3 2021.

According to KCC, the events scheduled "will focus on highlighting and raising awareness of the inclusion of people with disabilities in all areas of our community."

International Day of Persons with Disabilities (IDPD) will take place on December 3, with the objective of endorsing empowerment, and helping to create real opportunities for people with disabilities.

The theme for IDPD this year is "Leadership and participation of persons with disabilities toward an inclusive, accessible and sustainable post-Covid world."

On the opening day of KDW, Kildare County Council launched ‘Access All Areas’ an award-winning initiative developed by Celbridge Access Group (CAG) which is aimed at supporting local businesses in making their Business Accessible to All.

CAG added that it is working in partnership with Celbridge businesses "to make people with disabilities feel valued and welcomed as customers."

Councillor and Mayor for Kildare Naoise Ó Cearúil, who is also Cathaoirleach of the County of Kildare, joined KCC and members of the CAG for the launch.

Events planned throughout the rest of Kildare Disability Week include:

The annual observance of the International Day of Disabled Persons was proclaimed in 1992 by United Nations General Assembly resolution 47/3.

People across Kildare are encouraged to get involved and mark the event by: wearing a piece of purple clothing, decorating your premises/shop front windows in purple, displaying messages on digital notice boards in support of day, and setting up a purple background for virtual meetings.

Kildare residents are also invited to join the conversation online and show their support by using the hashtags #IDPwD and #PurplelightsKildare.