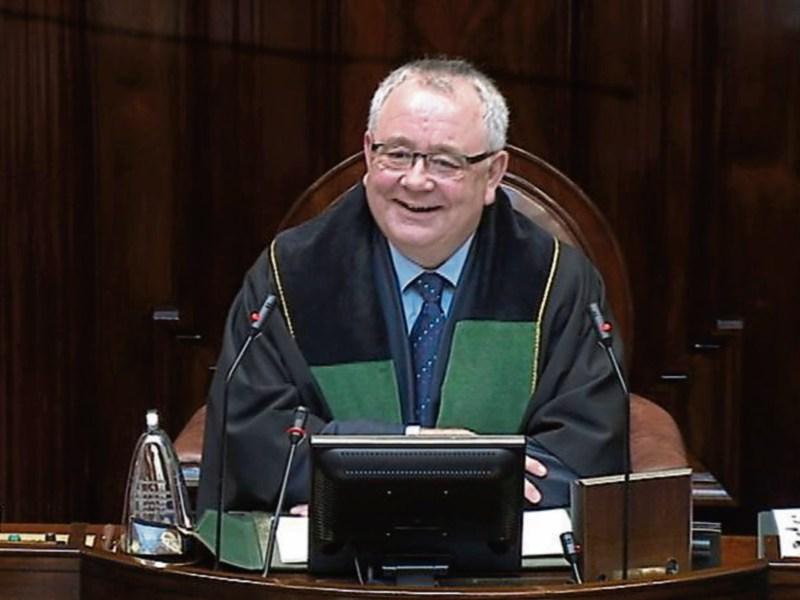 The politician has written the Foreword for a 28-page booklet commemorating the centenary of the 13-day debate — dubbed one of the most significant in the history of the Dáil.

It was seen a crucial moment in Ireland’s history that set a new path for Ireland as the Irish Free State formally came into being a year to the day after the Treaty had been signed.

The Anglo-Irish Treaty was the peace agreement that brought the Irish War of Independence to an end.

The conflict had commenced on 21 January 1919 with the lethal attack on police in Soloheadbeg, Co. Tipperary.

It was characterised on the Irish side by a campaign of guerrilla warfare and the creation of a system of government under Dáil Éireann to undermine the British regime.

The fighting then grew in intensity until the truce of 11 July 1921.

In his oreword, Mr Ó Fearghaíl said: “The commemorations of the Decade of Centenaries have provided Irish people with the chance to remember and evaluate a historic period in Irish history.

“It has been a privilege and source of pride to me to that the Houses of the Oireachtas has played its part in revisiting the breathless sweep of Irish history of one hundred years ago: from armed insurrection of militant nationalism in the GPO in Easter 1916, to concurrent events on the battlefields of Flanders, the meeting of the First Dáil through to the struggle for national independence, now reaching the crucial parliamentary debate on the Anglo-Irish Treaty in December 1921.

“The difficult issues of commemorating the Civil War are yet to come. Within this panorama ofevents the Treaty Debates serve as a key staging post upon which Ireland’s journey of national destiny rested.

“Our political life continues to feel the tremors of the seismic activity of those winter days in Earlsfort Terrace in December 1921.”

The Irish Free State formally came into being on 6 December 1922, a year to the day after the Treaty had been signed. The government of Northern Ireland had already availed of a provision of the Treaty under which it was permitted to vote itself out of the Free State’s jurisdiction.

From this point on, the Oireachtas as we now know it began to function. Dáil Éireann sat on December 6 and the new upper house, Seanad Éireann, met for the first time in 1922.