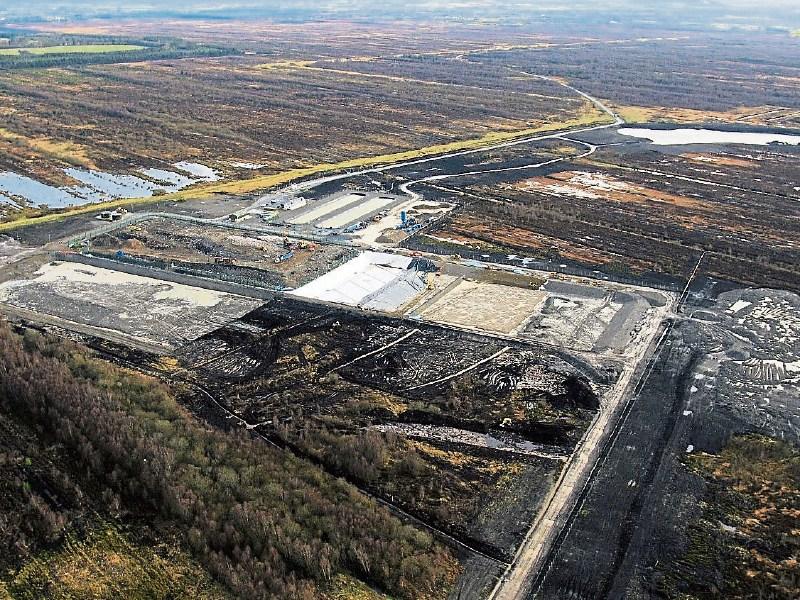 Bord na Mona, which owns the Drehid Waste Management Facility between Derrinturn and Allenwood, is back with An Bord Pleanála for consultation on its proposed expansion plans.

In November 2020, planning permission for the massive expansion of the landfill was refused by An Bord Pleanala. It's understood the company hopes to put revised plans before the board and has made a pre-applicaton consultation request.

The new application was lodged on January 12 and the case is due to be decided by May 17.

The original expansion application was made directly to the board as a Strategic Infrastructure Development (SID), for a 670 acre site. If approved, it would have straddled the townlands of Timahoe West, Coolcarrigan, Killina Upper, Killinagh Lower, Drummond, Kilkeaskin, Loughnacush and Parsonstown, Carbury.

The board said given the fact that the proposed development was being accessed through a "sub-optimal" network of regional roads, which run through a series of villages before connecting with the national road network, "it is considered that the proposed development would generate a significant volume of traffic, including a high number of movements by heavy goods vehicles."

Based the information it had received, the board said it couldn't be satisfied the road network in the vicinity of the site was capable of accommodating "this significant additional volume of traffic safely" due to the restricted width and capacity of the roads.

"The proposed development would, therefore, give rise to traffic congestion and would endanger public safety by reason of traffic hazard," it said.

An Bord Pleanala also said it was not satisfied the proposed development would not adversely affect the integrity of the River Barrow and River Nore Special Area of Conservation.

In her submission on the original proposal Kildare North TD, Catherine Murphy, had asked why it appears that the East-Midlands Region is being required to provide landfill and incineration for most of the Southern Waste Region and, from 2019, for the Western Region.

“This begs the question why extend Drehid’s life when much of the waste originates in other waste regions,” she said.

In relation to the traffic concerns, the company said in its application that traffic assessments indicated the existing R408 and R403 signalised crossroads in Prosperous, and the R407 and R403 signalised priority junction, Clane would be over capacity in 2019 without the proposed development.

It said tests at existing Johnstown Road roundabout, Enfield, indicate that this roundabout will operate below capacity up to and including the design year of 2034 with the inclusion of traffic from the proposed development.